The British equivalent of Mega-City One, Brit-Cit is a crowded metropolis that sprawls across southern England, the future Scotland of Cal-Hab and the South Welsh Peninsula. Buttressed by its own "Cursed Earth," it is a bizarre vision of Britain old and new. Even before the Atomic Wars, Britain had more ghosts and ghouls per square miles than anywhere in the world - and now Brit-Cit is the focal point for an abundance of weird, occult occurrences. Detective Inspector Jericho Strange heads up the Endangered Species Squad, a unit within Brit-Cit's Justice Department charged with investigating arcane cases. His exposure to a supernatural artifact called the "Black Mirror" has left him with a face his new partner, Becky Darke, will never forget... Collecting Strange & Darke: New Blood & Storm Warning: The Relic. 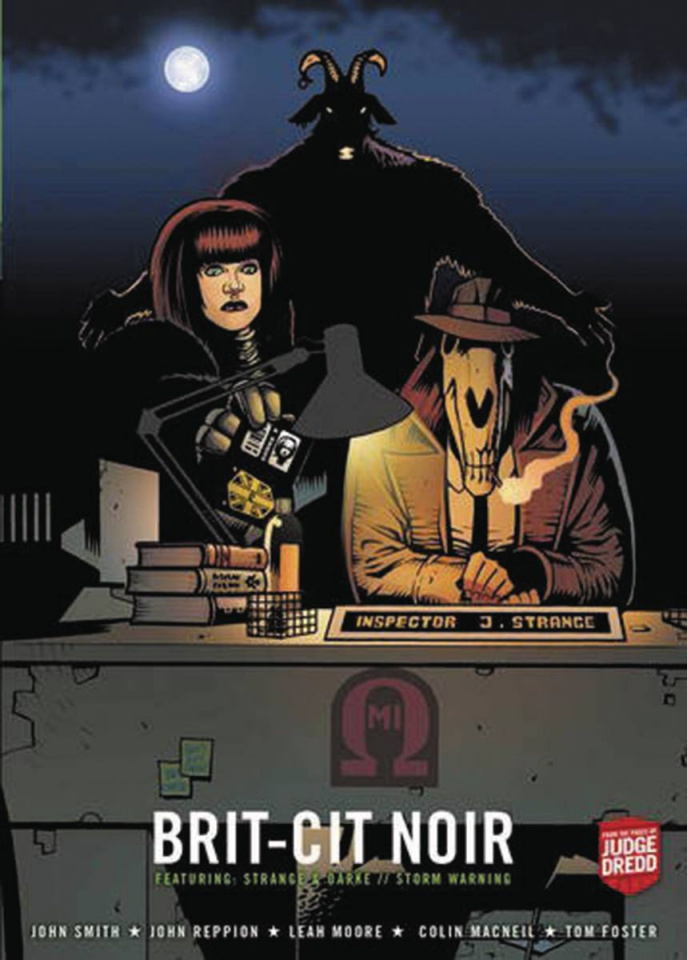