From critically acclaimed writer Joshua Hale Fialkov and superstar artists Bernard Chang and Marcelo Maiolo comes a post-apocalyptic Conan the Barbarian as directed by Sam Raimi circa Army of Darkness! King just wants what anybody wants: not to get fired, eaten, or forced to mate with a cheetah lady. As Earth's sole human survivor after the apocalypse, life among Los Angeles' strange, new populace ain't easy. Working for the LA Department of Reclamation, King gets a lot of crappy jobs going on quests and searching for artifacts from the "old world." The work commute can be a real pain in the Azathoth. The 405 freeway is filled with mutants, monsters, mayhem and tentacled Elder Gods. And that's all before you hit the horrors of the San Fernando Valley. As the world's freakish inhabitants battle for supremacy, King searches for the "seed of life," which may give Earth the second chance it probably doesn't even deserve. 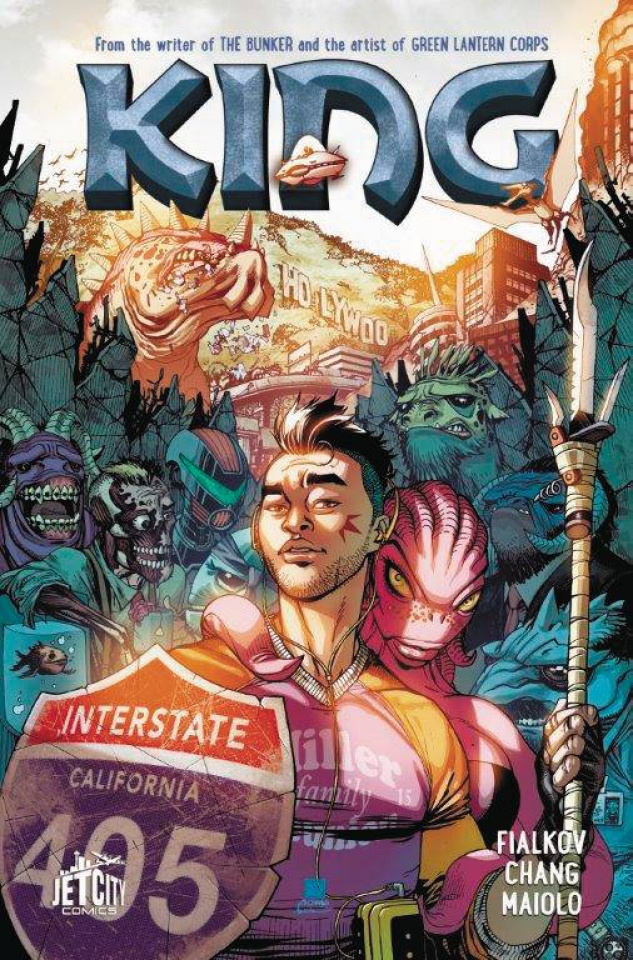