The true, only, original Phantom returns! The all-new adventures of the original Ghost Who Walks continues in this, the final installment in the six-part mini-series written by Peter David with art by Sal Velluto and colors by Eugenio Mattozzi. The Queen of the Hidden City has made her choice:

She wants the Phantom for a husband. The problem is that he's already married to Diana Palmer, which means that Diana will have to fight for her life against the Phantom's pirate foes while the Phantom and his allies watch helplessly! 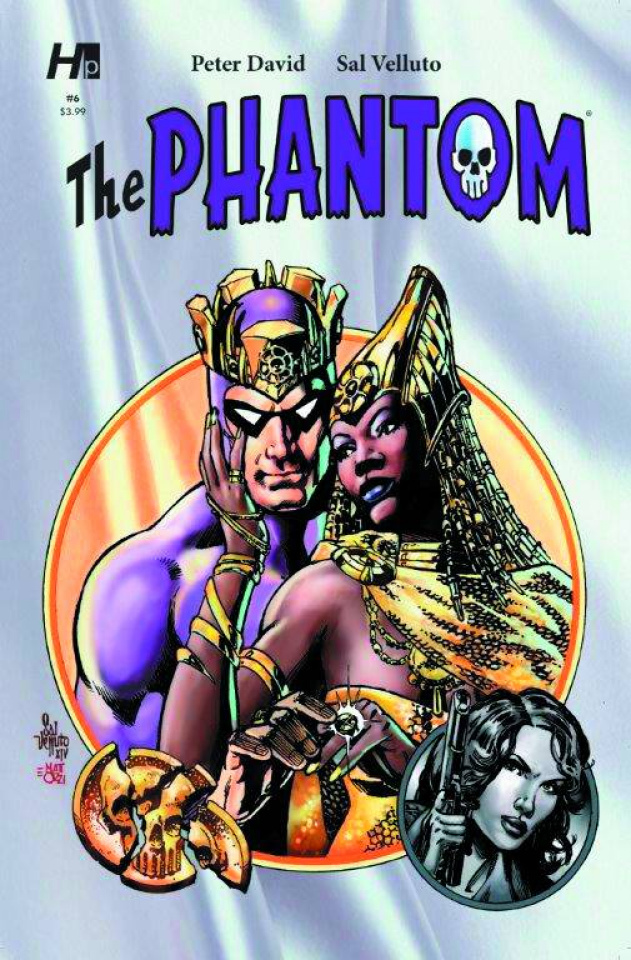