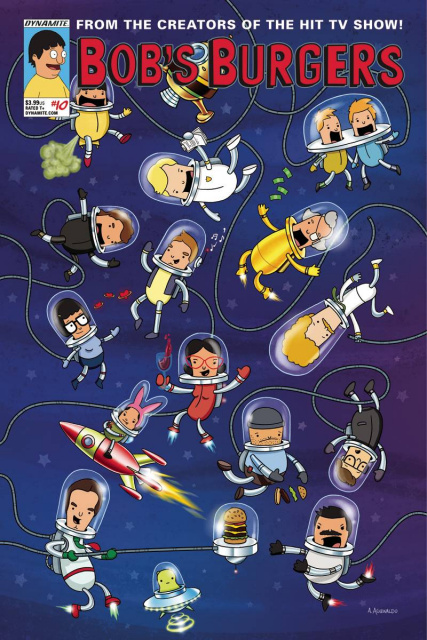 The tenth issue of the Bob's Burgers comic book is sizzling with new stories! Louise finds herself pixelated when she's sucked into a videogame; Gene's rhymes climb to new heights in Jack and the Gene-stalk; and Tina tells a particularly tall tale about a nuclear accident, a school dance, and a fleet of Russian submarines. Everyone loves Bob's Burgers, the fan-favorite animated sitcom that airs on Fox television with other hits such as The Simpsons and Family Guy!