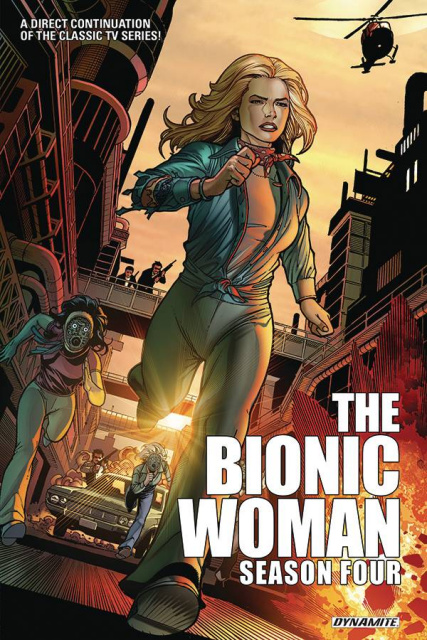 The Bionic Woman returns! Jaime Sommers, the iconic heroine of the wildly popular television series which ran from 1976 to 1978, is back in action in an all-new adventure that features guest appearances by fan favorites Oscar Goldman and Steve Austin, the Six Million Dollar Man! Finally coming to terms with her life as a bionic woman, Jaime Sommers balances her personal life with the occasional mission as a top agent for the OSI. Recently upgraded with new bionic components and software, she is deployed to Mexico on a routine assignment... and discovers herself the target of Maureo Morales, a rogue general formerly of the Air Force. The machinations of this new enemy - and his obsession with cyborgs and Fembots - will lead her to North Eden, a picturesque community billed as being "just a little bit closer to Heaven." What is the bizarre secret of North Eden, and how will Sommers survive the general's master plan?