Turok, Dinosaur Hunter. Magnus, Robot Fighter. Solar, Man of the Atom. The Mighty Samson. The legendary heroes whose adventures have thrilled comic book readers for over half a century are back, only this time they all share the same time and the same world - ours! In this breakneck first issue, each warrior wrestles with the perils of the twenty-first century, but a greater evil is approaching, one that will unify the legendary champions in a struggle that will change each forever. Join Eisner-nominated writer Phil Hester (Wonder Woman, Green Arrow, The Bionic Man) and rising star artist Brent Peeples (Last of the Greats, Legenderry: Green Hornet) for the latest and greatest chapter in the Gold Key saga. 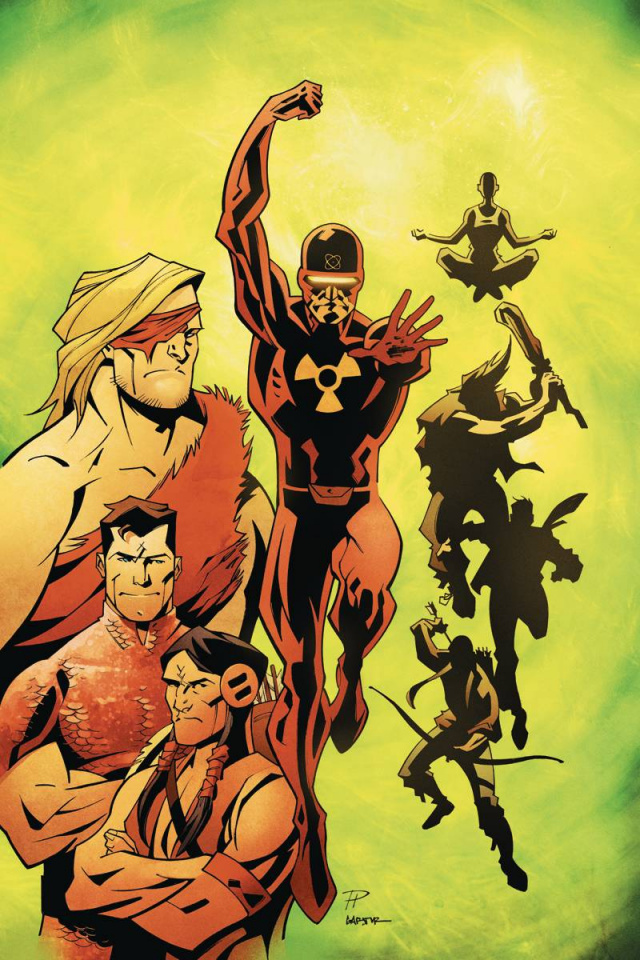