Originally published in the midst of the Cold War, Is This Tomorrow? is a classic example of "Red Scare" propaganda. The story envisions a scenario in which the Soviet Union orders American communists to overthrow the US Government. Charles Schulz (Peanuts) contributed to the artwork throughout the issue. Reprinted here for the first time in 70 years. 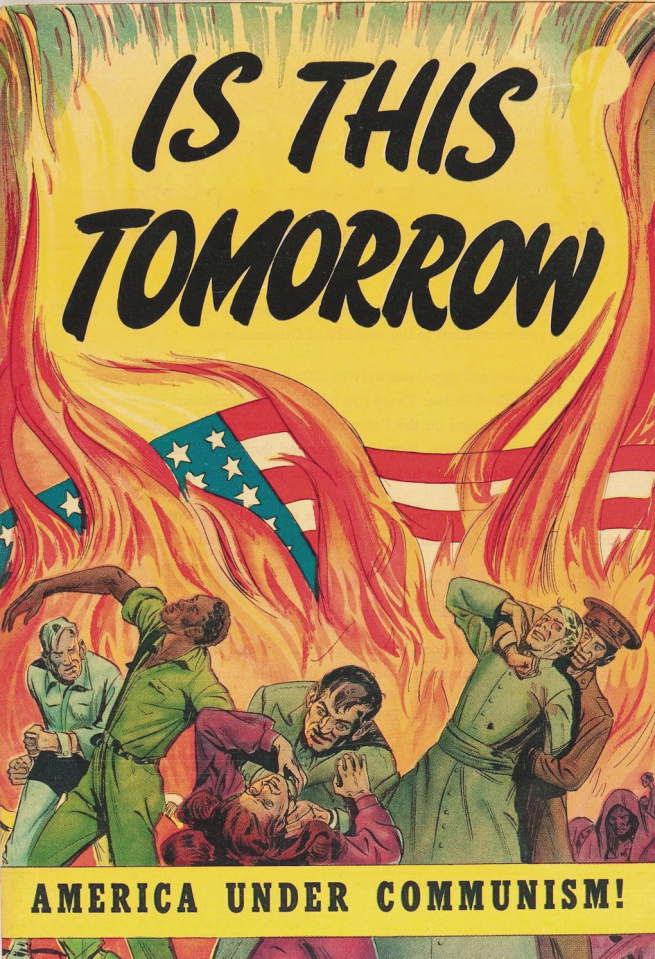