Giant-size 64 pages to celebrate Hellina is back! We kick off the 21st anniversary of the boldest of bad girls with an all-new series! Experience a whole new beginning for Hell's enforcer, given a fresh take by seasoned pro Jai Nitz and stunning sensual artwork by Gabriel Andrade (Crossed +100, Uber). But she is no less of a sexy slayer than before, in fact now she is Hell's Adjudicator, sent in to clean house when creatures-of-the-night get out of control. Heaven and Hell waged war for millennia, spanning worlds and dimensions, with a clear good vs. evil story to be told in scripture and in holy houses. Until Hell won. That was five hundred years ago, and Hell has been running things ever since. Not only are the forces of darkness needing to be kept in check, but now a few of Heaven's angelic horde have started appearing. This time, they are fighting as dirty as they need to get back into power. For those who love a whip-cracking, ball-busting, smoking-hot, demonic executioner, this series is for you!

Making it even better, we add in an enormous classic covers gallery and the first chapter of the legendary Hellina vs. Pandora series, in color for the first time! 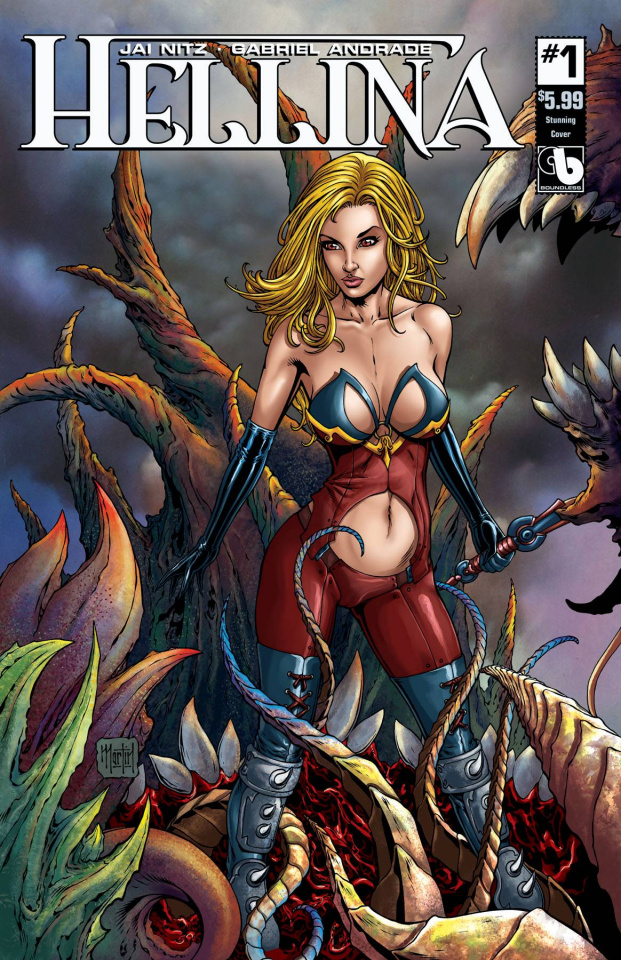