It's Game of Thrones with cardboard homes as this wild series brings an inner city's hidden world to life in contemporary fantasy style! First Coast City's homeless population is ruled by Philip "The Ax" -- a ruthless tyrant who hacks off the thumbs of any vagabond who dare oppose him. Kingdom Bum's only hope is Simon, an optimistic and resourceful hobo who is working from the inside to blunt the suffering of his fellow street-sleepers. Unfortunately, neither Simon or The Ax can predict the dark and sinister force that will be born from their inevitable battle - the rise of The Thumbless. 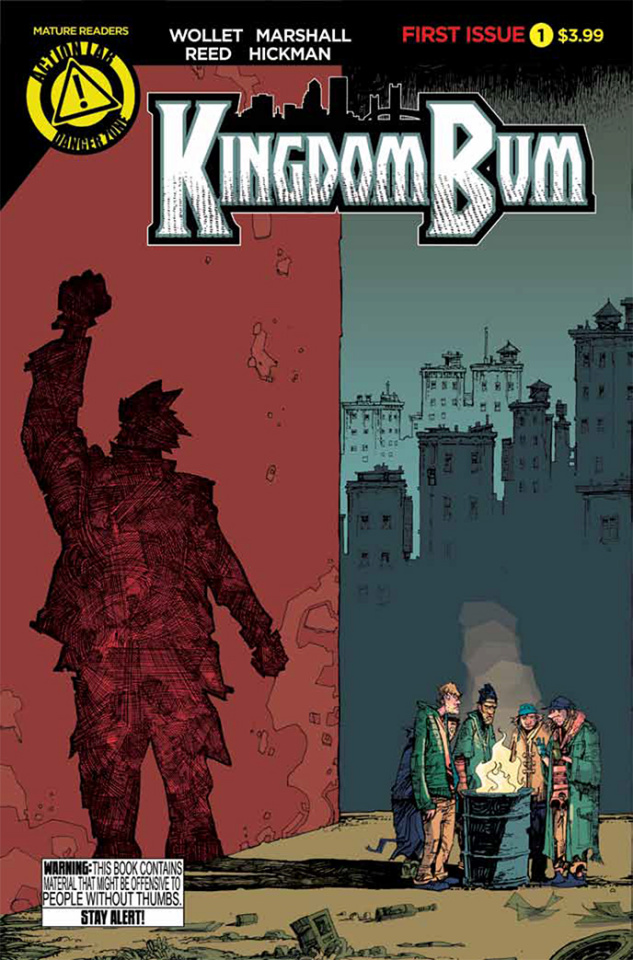 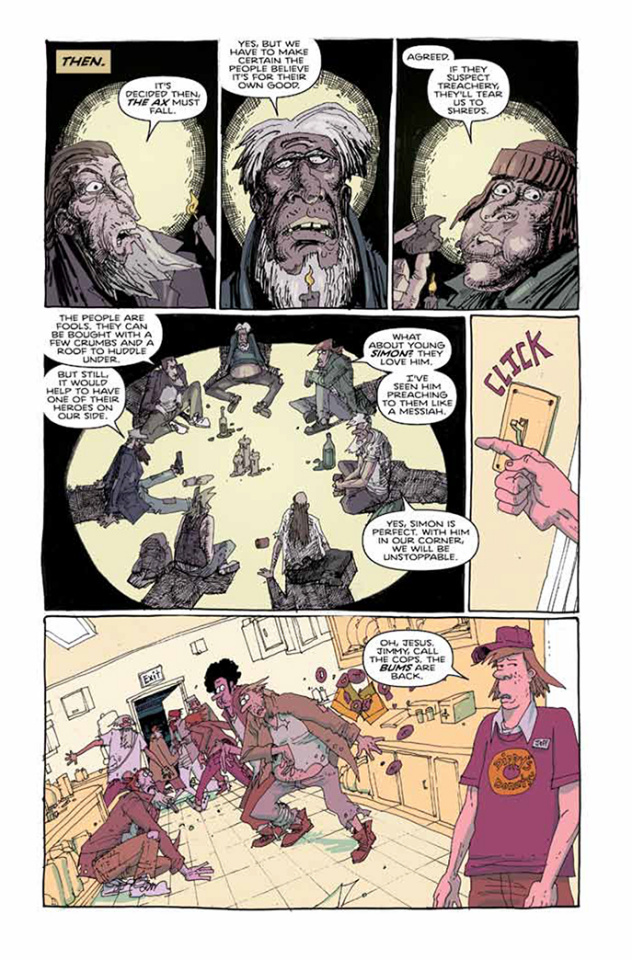 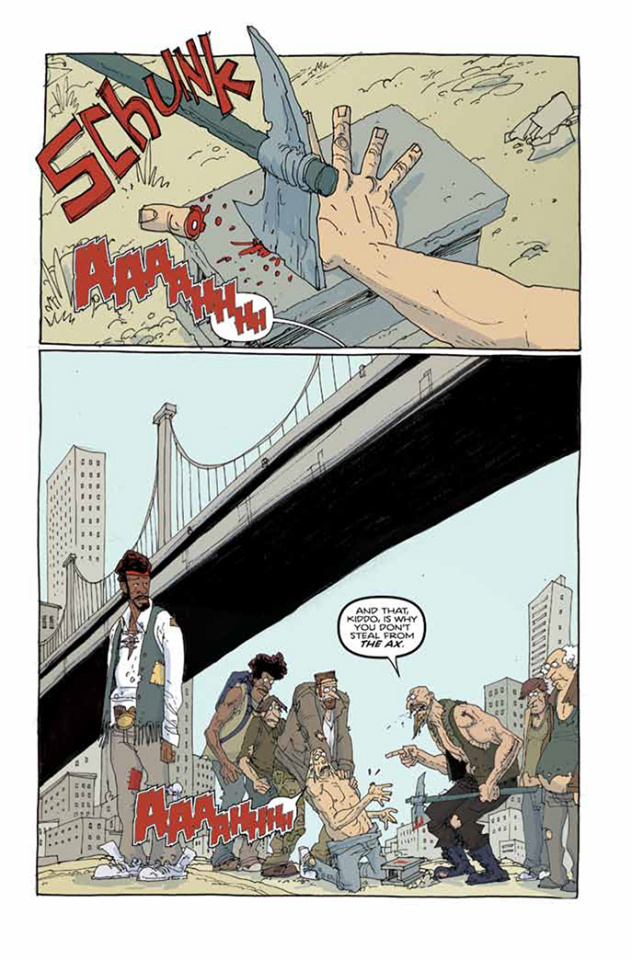 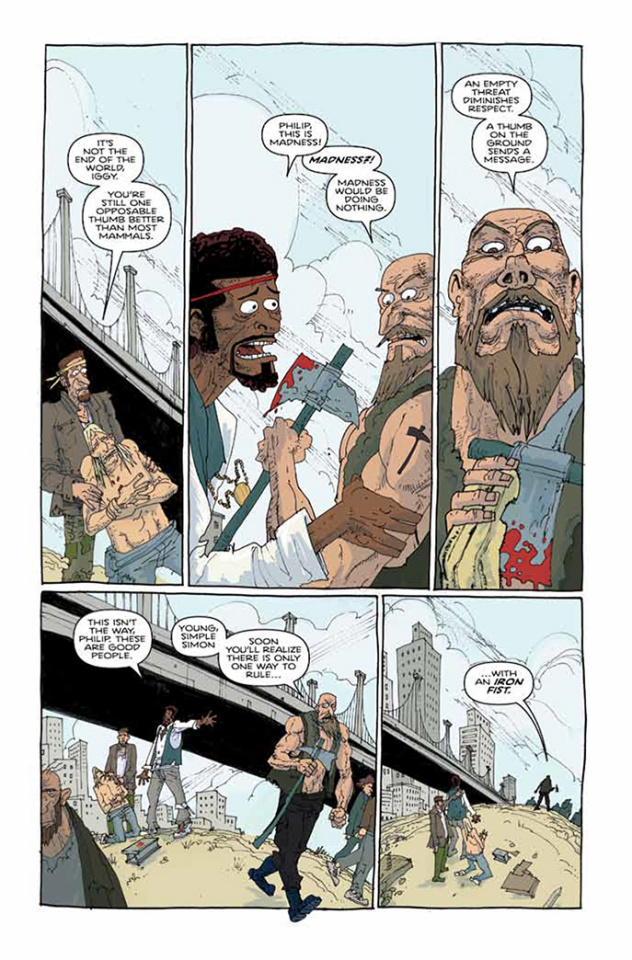 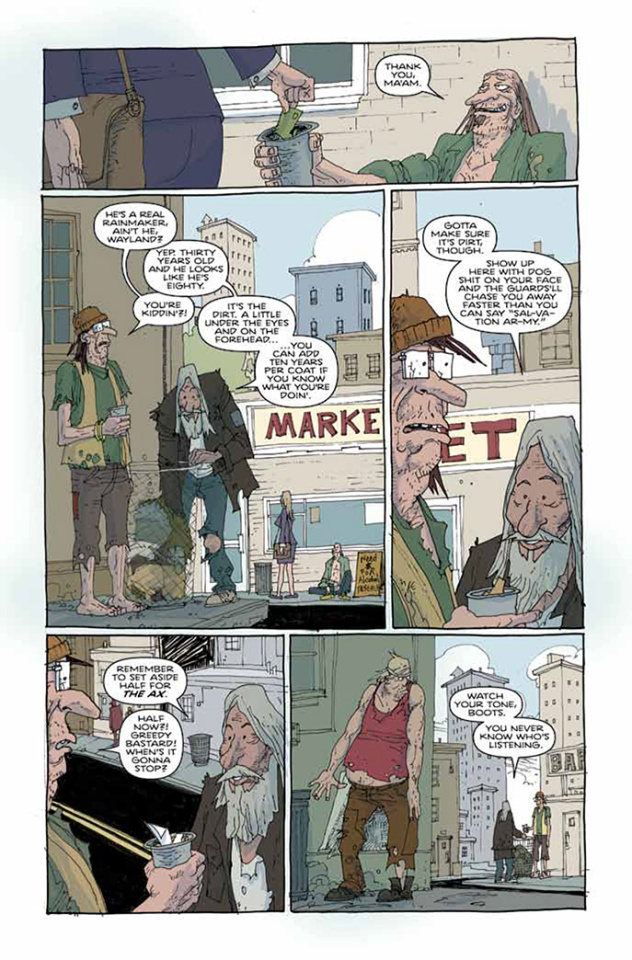 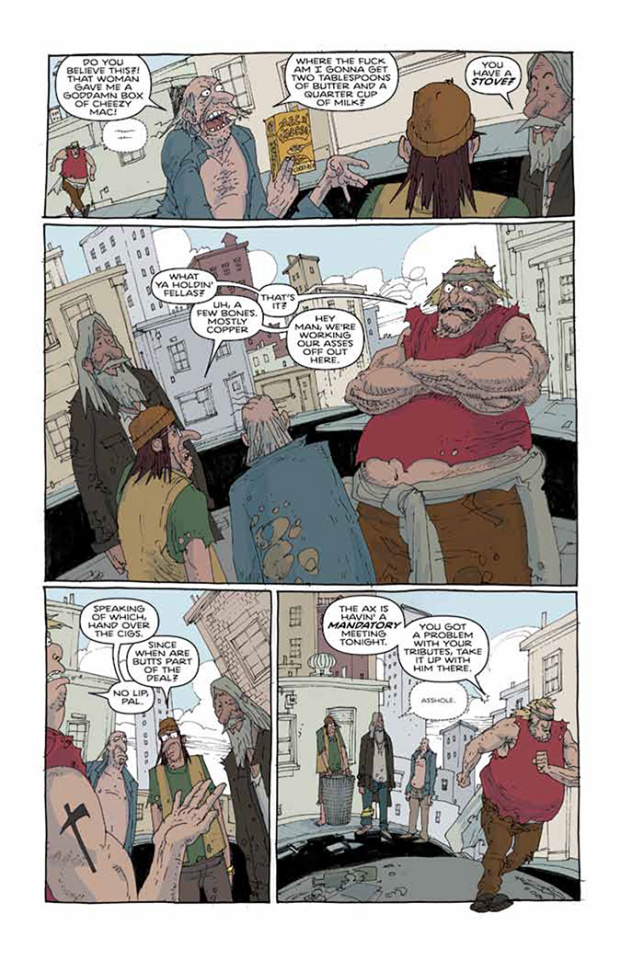 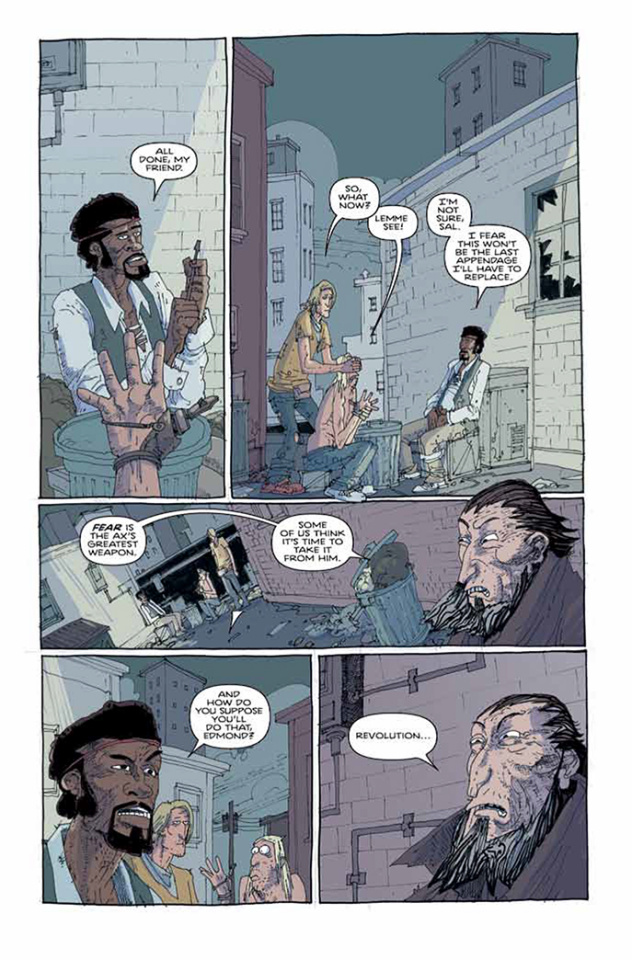 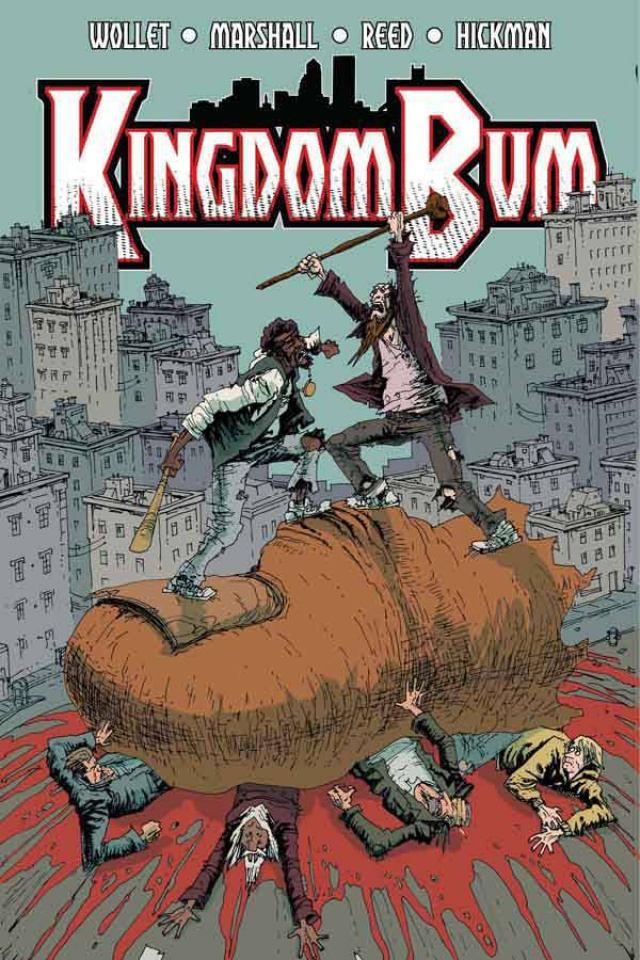