Trapped in a world he's grown accustomed to! The flightless fowl gets a new beginning, with the exact same superstar creative lineup as before! But this time, the whole entire universe is after Howard - and that includes the would-be new herald of Galactus! As the duck hunt begins, things get totally cosmic with the Silver Surfer, the Collector, the Stranger and the Guardians of the Galaxy! Plus: Brace yourself for the two most sensational, fan-favorite, Internet-breaking Marvel team-ups of the year! She's a little nutty, he's downright quackers - it's Squirrel Girl and Howard! And in a tale that will launch a thousand cosplay double-acts, meet Gwenpool! The Duck is back, and this means "Waugh!" Collecting HOWARD THE DUCK (2015B) #1-6 and UNBEATABLE SQUIRREL GIRL (2015B) #6. 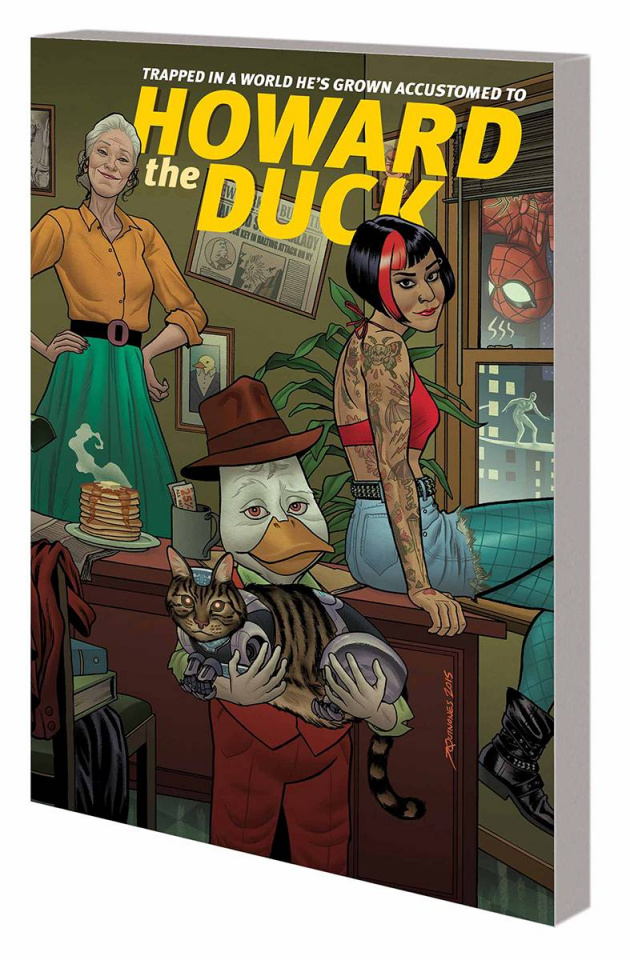