Doctor Who: New Adventures with the Tenth Doctor Vol. 2: The Weeping Angels of Mons

The second collection of the new tenth Doctor series sends the Doctor and new companion Gabriella Gonzalez hurtling back into the past and into the trenches of World War I! Bombed by the German artillery, arrested as spies by the British, Gabby and the Doctor soon learn that there's something even worse moving in the gas and wreathes of smoke out in No Man's Land - stone statues who move only when you're not looking at them! The Weeping Angels have come to feed on the futures of young soldiers in their hundreds of thousands! Collects Doctor Who: The Tenth Doctor #6-10. 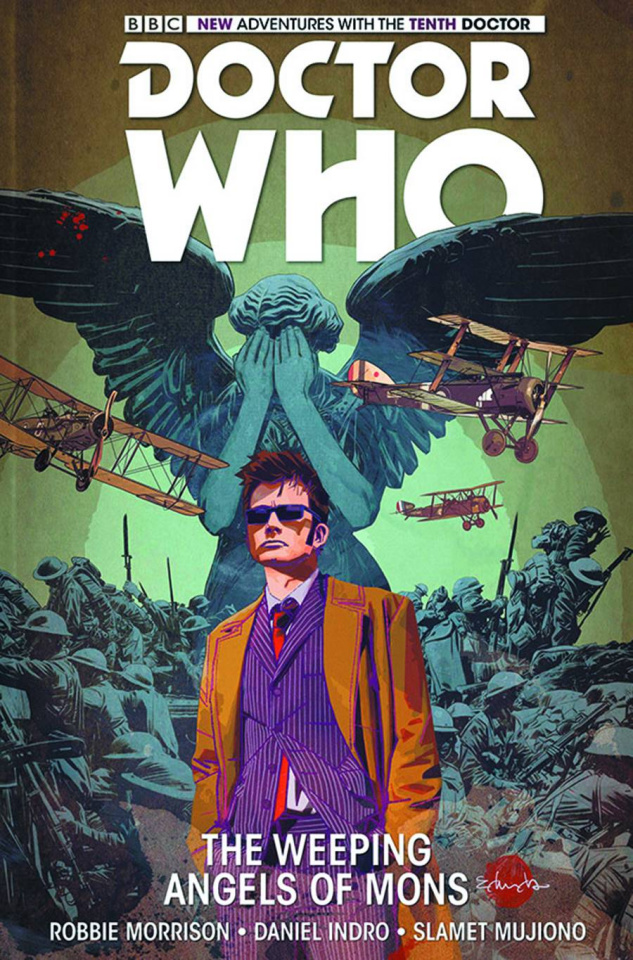