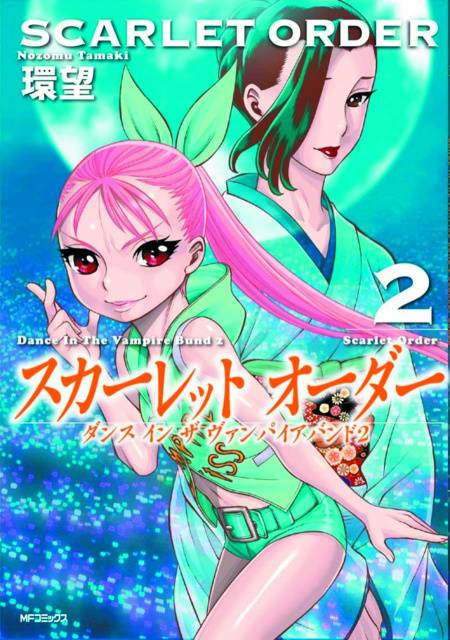 Dance in the Vampire Bund II: Scarlet Order is an all-new ongoing sequel series to New York Times-bestseller Dance in the Vampire Bund. After millennia in hiding, Mina Tepes, the Princess of the ancient covenant and ruler of all vampires wants change. Using the vast wealth of the Tepes line, she has paid off the entire gross national debt of Japan and in so doing, gained the authority to create a special district off the coast of Japan that is to become the haven to vampires the world over!