"Fox Hunt, Part 2 - The Other Shoe": The fox-hunt has begun, and Impact City's most dangerous criminals are out for BLOOD. When Paul Patton Jr. decides to take his son, Shinji, on a trip to the Museum of the Moving Image, he's hoping to make an effort to finally be a present father and not the superhero freak magnet known as The Fox. But when a violent bank robbery derails their plans, and Paul is unwilling to don his superhero suit and save the day, a new kind of superhero will need to step in and save the day. So why is this new hero The Fox's WORST NIGHTMARE? Emmy award-winning artist Dean Haspiel and Eisner Award-winning writer Mark Waid bring you the next chapter in Dark Circle's most twisted tale yet! Featuring variant cover art from Howard Chaykin and Robert Hack! 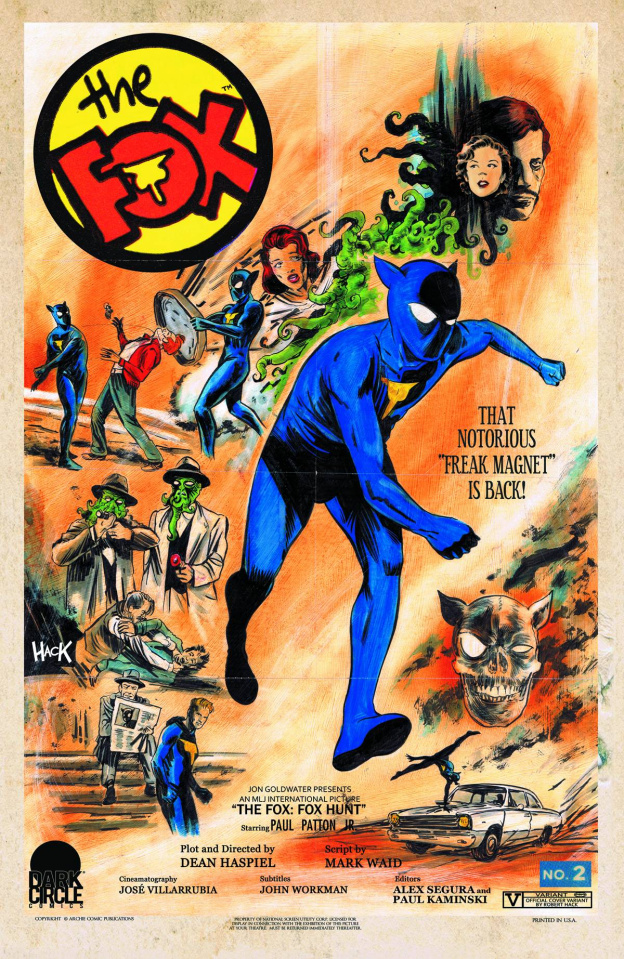