The adventure issue! "Cruzader, Agent of the Vatican" runs deadly missions for the pope! "The Professional(s) kick butt to save a city and build a legend! A mysterious hooded cult appears for "The Harvest!" We investigate a brutal murder in "The Case of the Misused Grant!" Microman is let go from his super-group in "The Downsizing of Quentin Mykroh!" Uncle Pat reveals the story of a maiden, disease, Conquistadors and death, in "The Womanatee!" Heresy shall not be tolerated as the Astral Crusaders return! Plus, we introduce "Toots Malloy, Blues Ninja!" Omar Morales, Ramon Gil, Terry Cronin, Devastating Roulette Studios, Guys 'N' Ties, Paul Bradford, Marta Tanrikulu, Troy Vevasis, and a monstrous cover by Gary Scott Beatty! 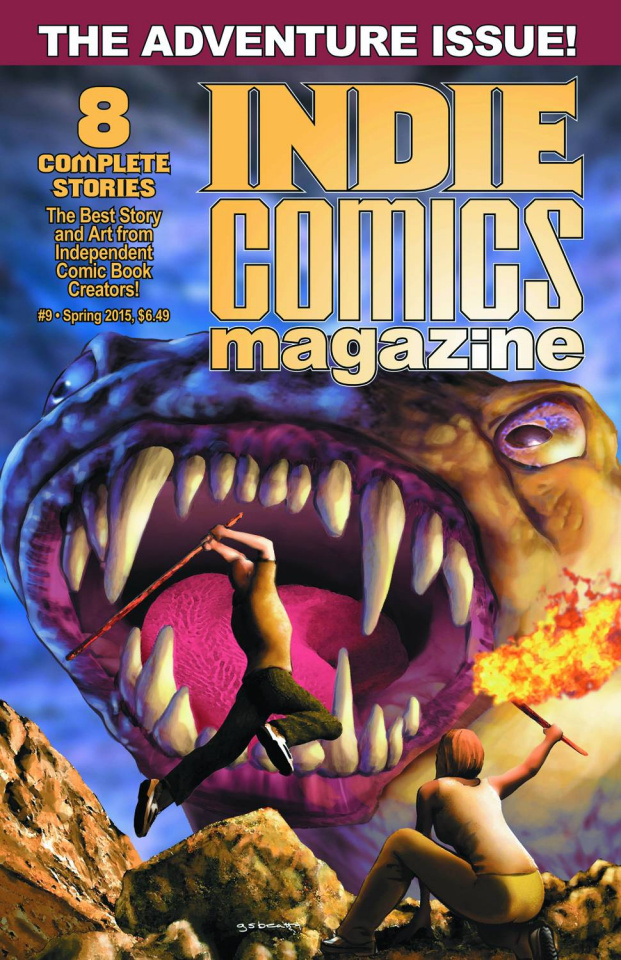