What can you get for a dollar? How about the Marvel Universe? Marvel is proud to present TRUE BELIEVERS - special introductory comics for the low price of only $1 each. Coming this April your window into the biggest stories in Marvel history costs only a buck! Enter the world of Civil War, Age of Apocalypse, Old Man Logan, Planet Hulk, the critically-acclaimed ICON series Powers and many more with the first chapters of these top-selling, critically-acclaimed collections. Just in time for Secret Wars (maybe you've heard of it? Secret Wars - the biggest Marvel event ever!), catch up on some of the most celebrated stories in Marvel histories before their appearance in the biggest comic event of 2015! Reprinting MARVEL ZOMBIES #1. 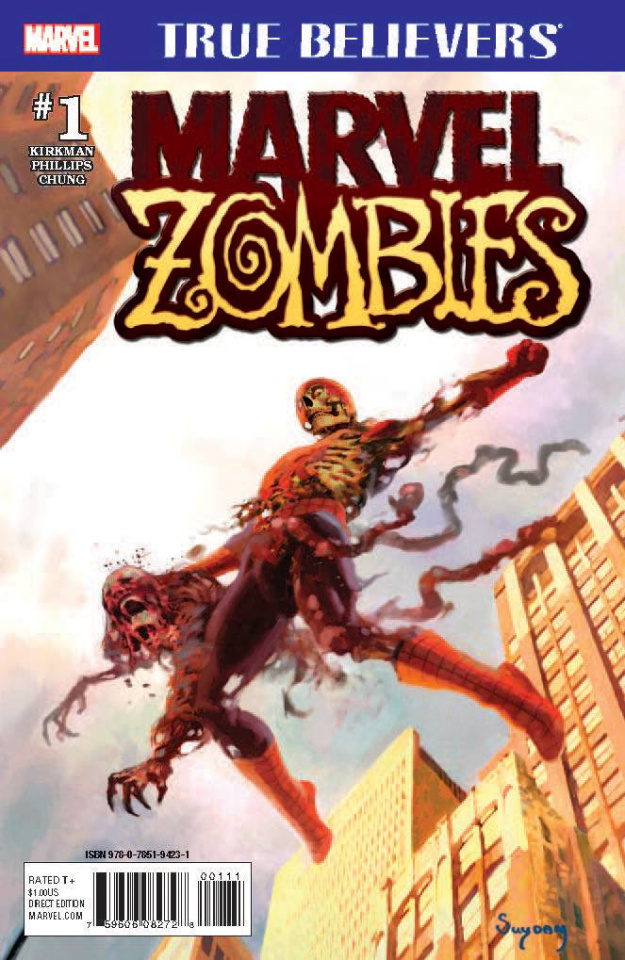