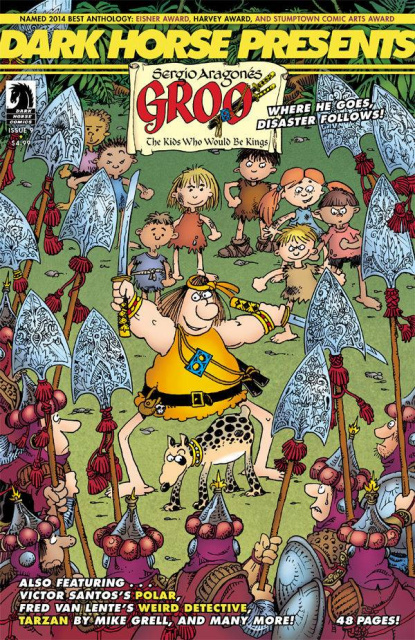 Sergio Aragonés's Groo gets involved in politics, and that's not good for man, woman, or child in the final chapter of "The Kids Who Would Be Kings"! Plus, Victor Santos's spymaster Black Kaiser, from Polar: Came from the Cold, joins an espionage team set to infiltrate a dangerous organization... but can he trust them? Who will betray them? Make sure to look out for Polar: Eye for an Eye, the second spy-noir collection of Santos's celebrated web comic, in stores this month!

"Dark Horse's prestigious anthology series... showcases emerging talent alongside some of the greatest writers, artists and cartoonists comics has to offer, as well as promising new and underground talents." -ComicsAlliance