A sleepy town in rural Japan turns grisly in this chilling horror series, a New York Times manga bestseller! At last, after countless failures, Rika has exposed Takano's mad plot to destroy the village of Hinamizawa for the sake of her and her grandfather's research. Barricading herself in Irie Clinic, Takano draws her allies in close even as Rika and her friends organize a siege outside the facility. Takano's cleverness has allowed her to elude capture in every other world. Will Rika find a way to defeat her would-be murderer and reclaim her life beyond the Cotton Drifting? This final confrontation will decide everything in the dramatic conclusion of Higurashi When They Cry! 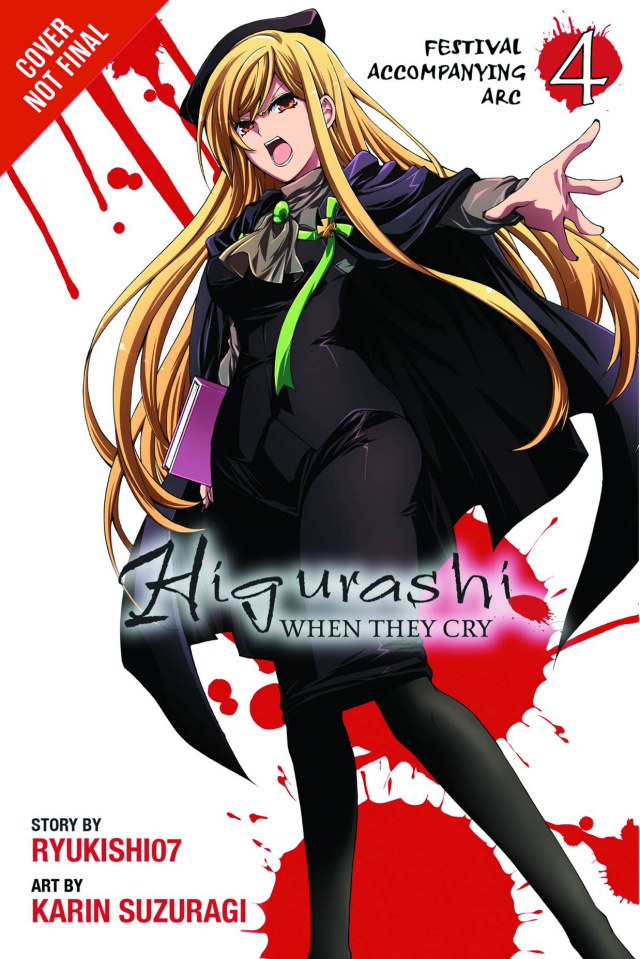