The sell-out critical hit of sex, death and superpowers gets a deluxe hardcover collection! What would you do with superpowers - and six months to live? That's the dilemma facing three people who've contracted the G+ Virus, an infectious agent that gives you incredible powers - before killing you! What will struggling graphic designer Verity, failing indie guitarist Weasel, and roguish media personality Monty do in the time that remains? Fade away - or go out in a blaze of glory? And if they choose to kick back... will there be anything left of the world when they're through? From the streets of London to the North Atlantic; from intimate betrayals to the death of thousands, from muses lost and futures thrown away to the fall of society - Death Sentence is the jaw-dropping next step in superpowered storytelling! Funny, fearless and frightening, packed with shocks, dialogue you can't stop quoting, and the character finds of a generation - don't miss this unforgettable comics debut! 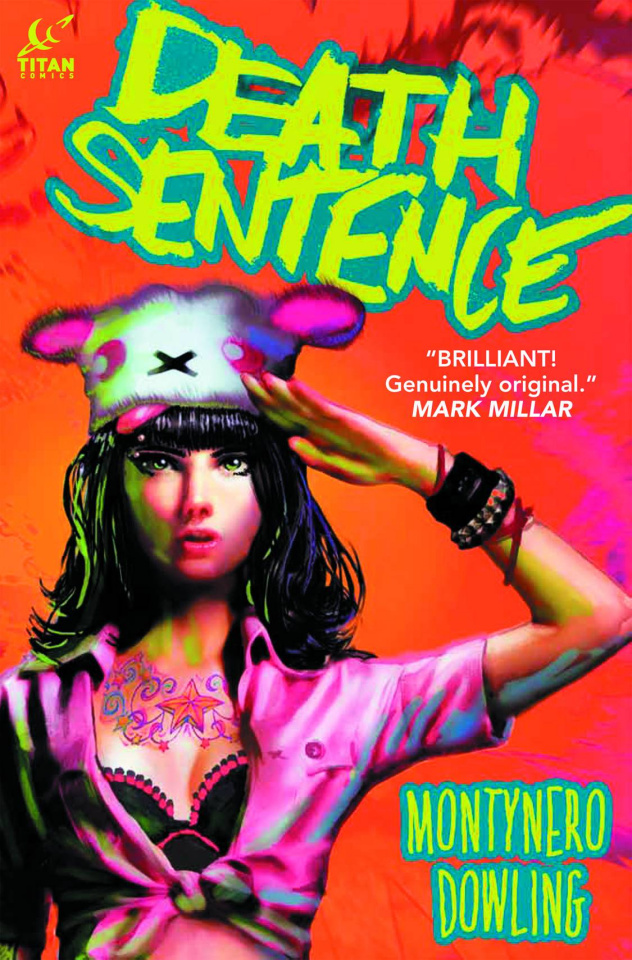