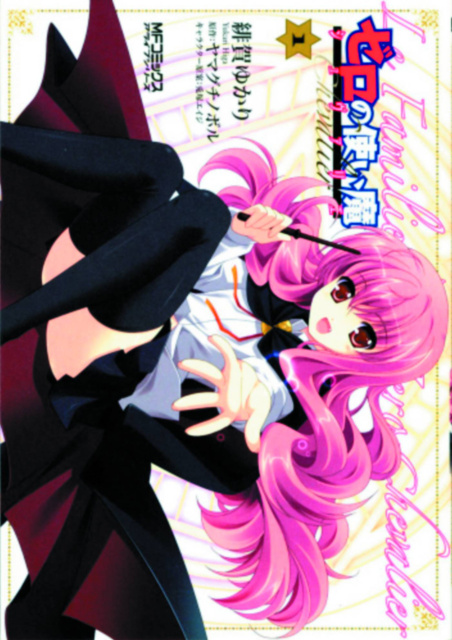 Zero's Familiar: Chevalier is a four-volume sequel series to the popular Zero's Familiar manga series about a headstrong witch girl and her quarrelsome relationship with her teenage manservant! Summoned by mistake to the wonderful world of Halkeginia by the bumbling witch Louise "the Zero," Saito's role as Louise's familiar has had its share of ups and downs. At first an unwilling servant, Saito gradually develops feelings for his headstrong mistress Louise, and she, too, has begun to reciprocate. But life keeps getting in the way of a possibly budding relationship. Now, Louise and her friends are embroiled in a full-scale war, and must defend the land of Tristain at all costs. Can Saito prove himself in battle to Louise, and win her heart once and for all?