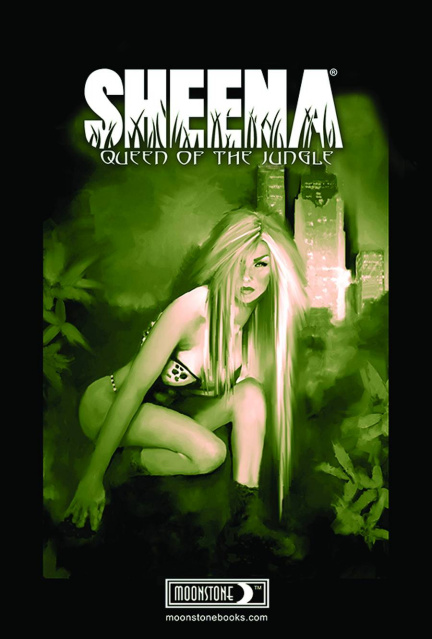 Die Hard screenwriter Steven E. de Souza's critically acclaimed reboot of Will Eisner's Sheena, Queen of the Jungle comes to Moonstone in this action packed series! A man-eater is on the loose, the government bounty is in the thousands, and trigger happy hunters are descending on Sheena's private jungle like shark fisherman pursuing "Jaws." As the mutilated victims pile up, Sheena knows her jaguar companion is innocent, but can she prove her theory that the killer is neither man or beast before the intruders end up killing an innocent - or stumble upon her own secret role as the leader of Val Verde's spreading revolution?