For over five years fans have followed GARTH ENNIS' masterful horror series wondering how it all began. Now in an underground bunker, the remains of the British government must try to work that out themselves. How far has is spread? And how? In this world full of monsters, there is no help. There is only the Crossed. Available with Regular, Wraparound and Red Crossed Incentive covers by Christian Zanier a Fatale Fantasy cover by Rafael Ortiz and a Torture cover by Jacen Burrows. 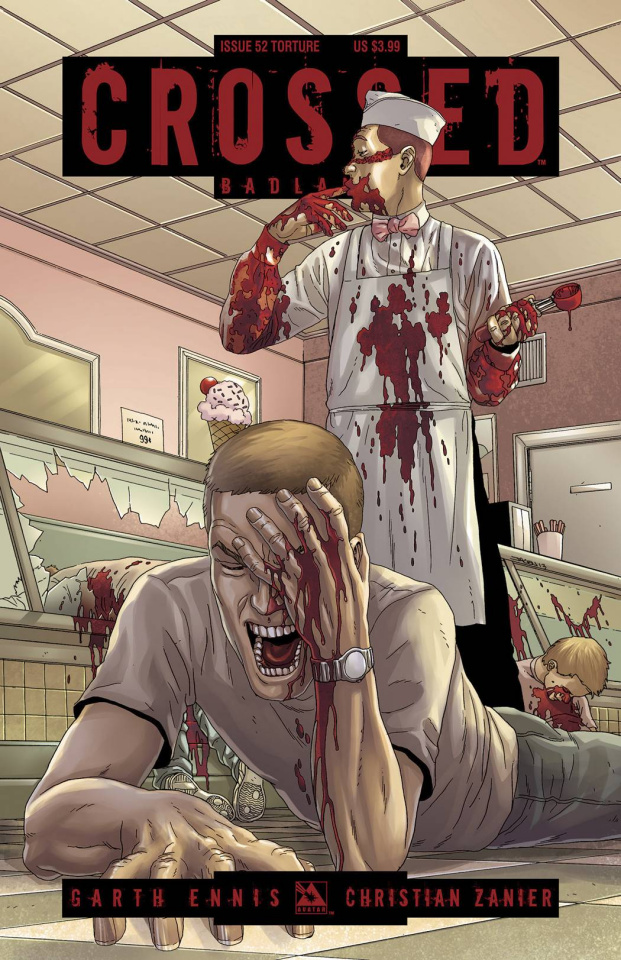