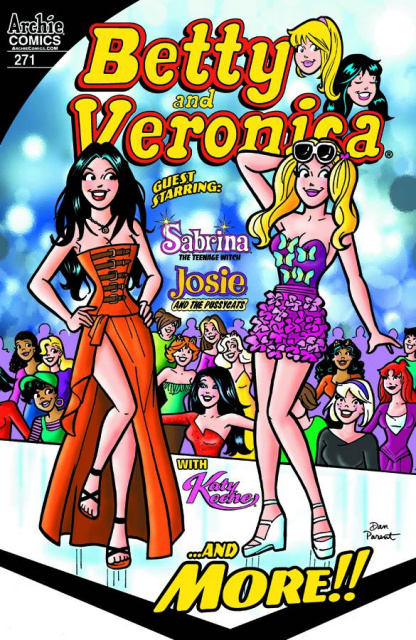 Betty and Veronica jet off to fabulous New York City for a runway event hosted by an old friend of Mrs. Lodge's. It promises to be the hottest fashion affair of the season, until a mysterious ailment befalls all of the models and threatens to doom the entire production! Betty and Veronica may end up as more than just purveyors of the show if it's to go on! Featuring special guest appearances from Sabrina the Teenage Witch, Josie and the Pussycats, Katy Keene, Ginger Snapp, and more classic characters!