Wolverine and the X-Men by Jason Aaron Vol. 8

BATTLE OF THE ATOM is over - but the battle for mutantkind's future has just begun! For months, S.H.I.E.L.D. has had designs on the Jean Grey School, and now they've made their presence known! Wolverine takes on S.H.I.E.L.D.'s secret stockpile of Sentinels - but so does the renegade Cyclops, and it's a toss-up as to who Wolverine hates more! And it all leads up to the end of the school year, but is the Jean Grey School really out forever?! Where do our graduates go from here? And who will have survived the experience? Jason Aaron brings the story of the Jean Grey School to a close! Plus: INFINITY hits the X-universe as the space-bound Avengers find an unlikely ally against the forces of the Builders in Kid Gladiator! Collecting WOLVERINE & THE X-MEN #38-42 and ANNUAL #1. 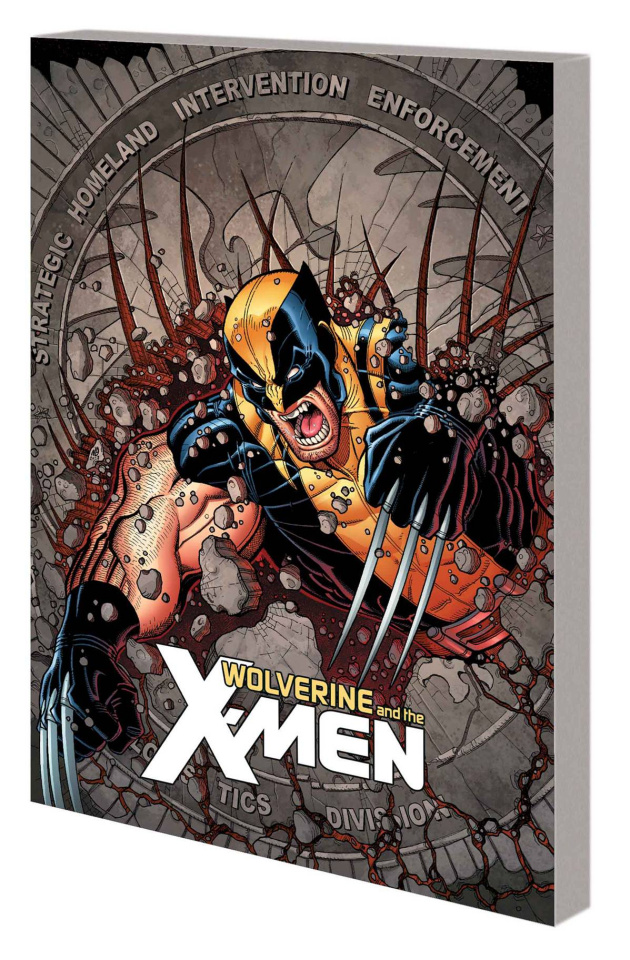