She-Hulk's strange adventures continue as she takes on her first superhuman sexual-assault case - against fellow Avenger Starfox! And when the Civil War threatens the rights of every American hero, whose side will Shulkie fight for? Plus: She-Hulk teams with Two-Gun Kid to hunt down the Man-Wolf - a.k.a. her new husband, John Jameson! And after the Illuminati shoot the Hulk into space, S.H.I.E.L.D. recruits She-Hulk to fight all his bad guys - from Abomination to Zzzax - but do they have a hidden agenda? And why are so many people acting out of character, including She-Hulk? All this and the action-packed origin of Awesome Andy! Dan Slott's fan-favorite run is collected in two massive volumes, so join She-Hulk as she deals with the bizarre legal problems of the Marvel Universe! Collecting SHE-HULK (2005) #6-21 and material from MARVEL WESTERNS: TWO-GUN KID #1. 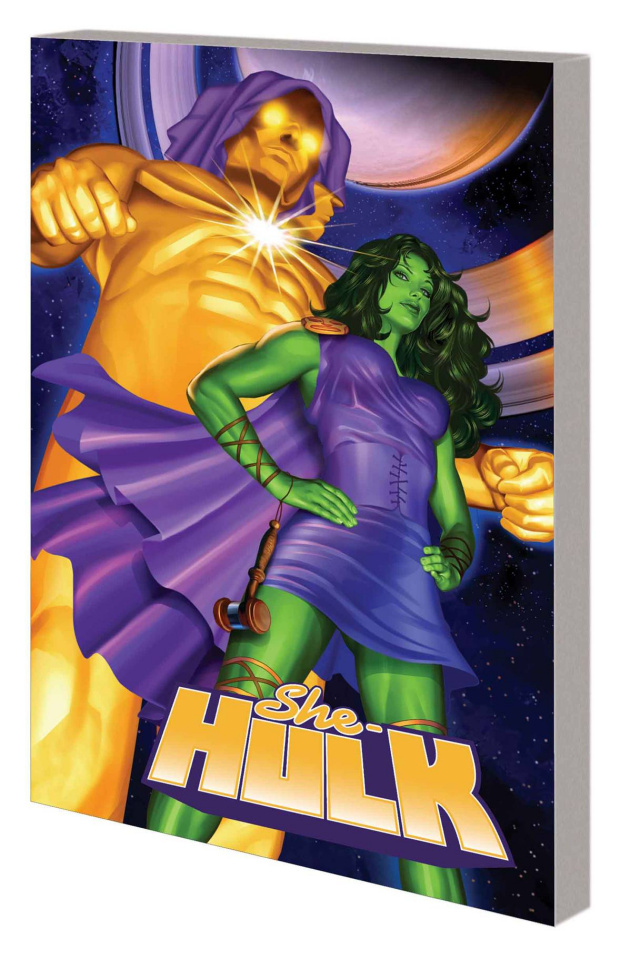