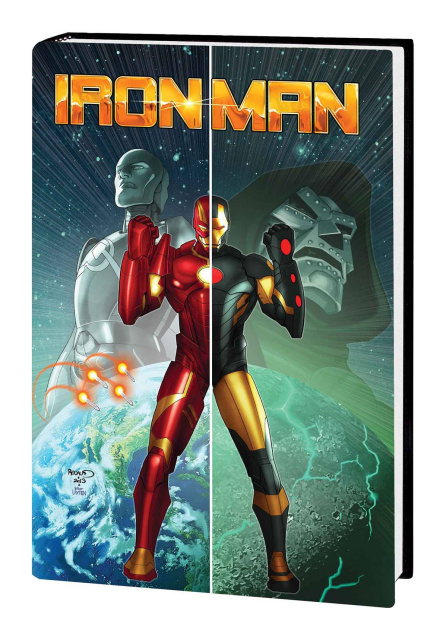 It's the first print edition of the story previously available only in Marvel's innovative Infinite Comics format! The moon has declared war on Earth! After stopping a missile aimed at Hollywood, Iron Man travels to the moon to investigate, and clashes with the robotic Udarnik and his moon-based society! And when Iron Man's old foe Endotherm attacks, Tony realizes a new moon element called Phlogistone drives those who use it insane. But what is Cortex Incorporated hiding from Iron Man, and is Tony at risk of losing his mind? Tony's old mentor Eli Warren has abused Extremis in his desperate search for Phlogistone, and now Dr. Doom has joined the hunt! How far will Iron Man go to stop the spread of the new element? Collecting IRON MAN: FATAL FRONTIER INFINITE COMIC #1-13.