The Royals: Masters of War #3

1942. The Battle of Midway rages and The Royals are in its midst, fighting for control of the Pacific. Henry and Arthur find themselves cast as heroes alongside the newsreel-manufactured American super team "The Allies." But how long can they stomach the killing and how long can Arthur stomach the commoners? Meanwhile, members of the Japanese Royal Family create water giants to smash American destroyers in two, and whispers swirl that The Emperor Jimmu is with his fleet - a power none can defeat. 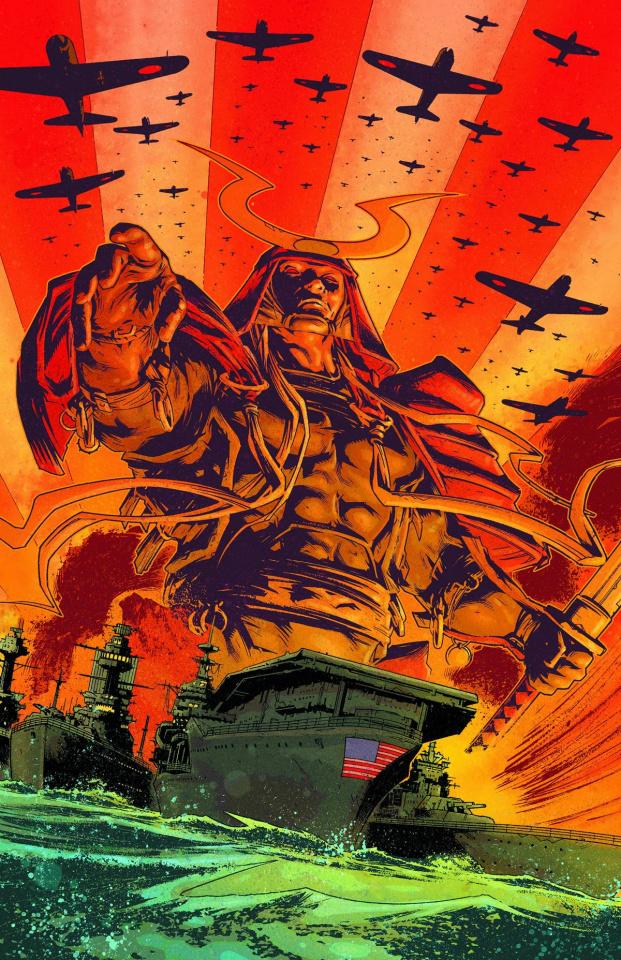