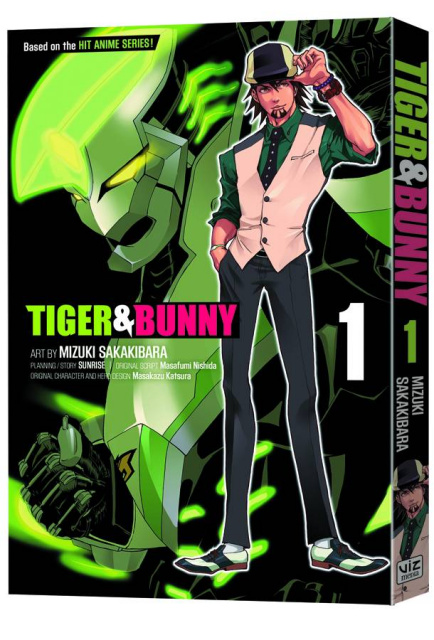 TIGER & BUNNY, the international smash hit anime produced by SUNRISE, is now making its official manga debut in the US! With art by Mizuki Sakakibara, story by Masafumi Nishida, and characters designed by Masakazu Katsura, this official tie-in with the anime series is sure to be an immediate bestseller! Veteran hero Wild Tiger has years of experience fighting crime, but his ratings have been slipping. Under orders from his new employer, Wild Tiger finds himself forced to team up with Barnaby Brooks Jr., a rookie with an attitude. Overcoming their differences will be at least as difficult for this mismatched duo as taking down super-powered bad guys!