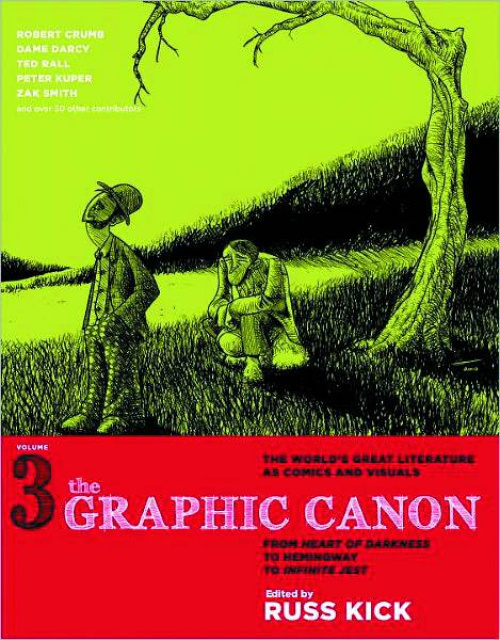 The Graphic Canon Vol. 3: From the Heart of Darkness To Infinite Jest

Volume 3 brings to life the literature of the end of the 20th century and the start of the 21st, including a Sherlock Holmes mystery, an H.G. Wells story, an illustrated guide to the Beat writers, a one-act play from Zora Neale Hurston, a disturbing meditation on Naked Lunch, Rilke's soul-stirring Letters to a Young Poet, Anais Nin's diaries, the visions of Black Elk, the heroin classic The Man With the Golden Arm, and the postmodernism of Thomas Pynchon, David Foster Wallace, Kathy Acker, Raymond Carver, and Donald Barthelme.