They may have been Forbidden to some, but to kids the length and breadth of the United States (and a select few in the UK), Richard Hughes and his tremblin' team of terrific tormenters were where it was at. Big time. Tempus certainly does fugit. Doesn't seem like five minutes since we were putting the finishing touches to the inaugural volume of our Forbidden Worlds hardcover reissue series and already we're on the third book. Stick with the programme, gang-things are starting to get real interesting! Reprints issues #19-25 from July 1953 to January 1954. 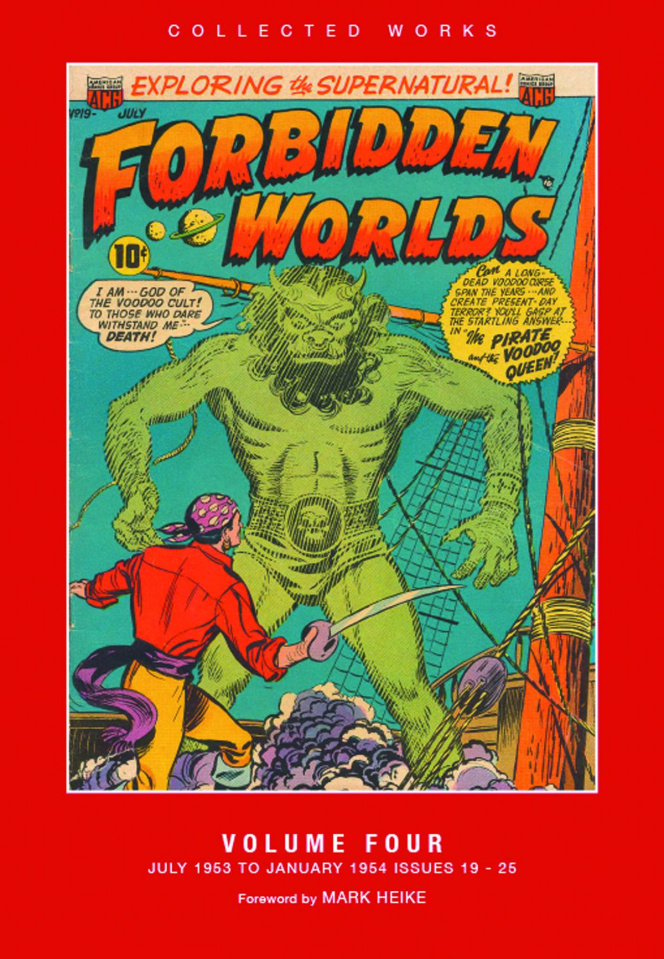