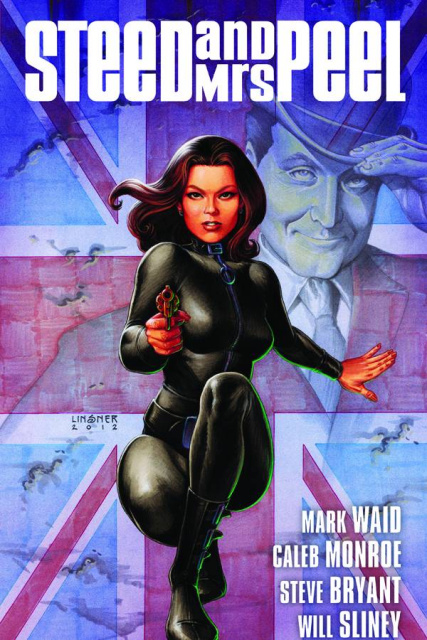 Saving the world in style! The British icon THE AVENGERS, one of the longest running TV shows in history, returns in comic-book form with all-new adventures! John Steed and Emma Peel face off against a reformed Hellfire Club, led by the children of their past antagonists. This new incarnation does not look to the past, but instead seeks to warp the British Isles to fit their idea of what "the future" should look like. Eisner Award winning writer Mark Waid (IRREDEEMABLE, DAREDEVIL) begins a new era of Spy-Fi action alongside Caleb Monroe (BATMAN), and artists Steve Bryant (ATHENA VOLTAIRE) & Will Sliney (FEARLESS DEFENDERS)!