The superhero battle royale you can't get from Marvel or DC! A powerful and mysterious supervillain has imprisoned the world's greatest superheroes, forcing them to fight to the death until there is but one victor. It's kill or be killed as we settle the score on all those hypothetical superhero match-ups in the ultimate DEATHMATCH. The mystery of who their captor is, what his ultimate motivations are, and why these heroes keep agreeing to the matches will drive readers from volume to volume! Written by industry legend Paul Jenkins (SENTRY, INHUMANS) and drawn by comics superstar Carlos Magno (PLANET OF THE APES, TRANSFORMERS), DEATHMATCH is a dark, psychological deconstruction of the superhero genre that can't be missed. This hard-hitting, emotional first volume collects the first four issues of the smash hit comic series that introduces the audience to brand new superhero universe they won't be able to get enough of! 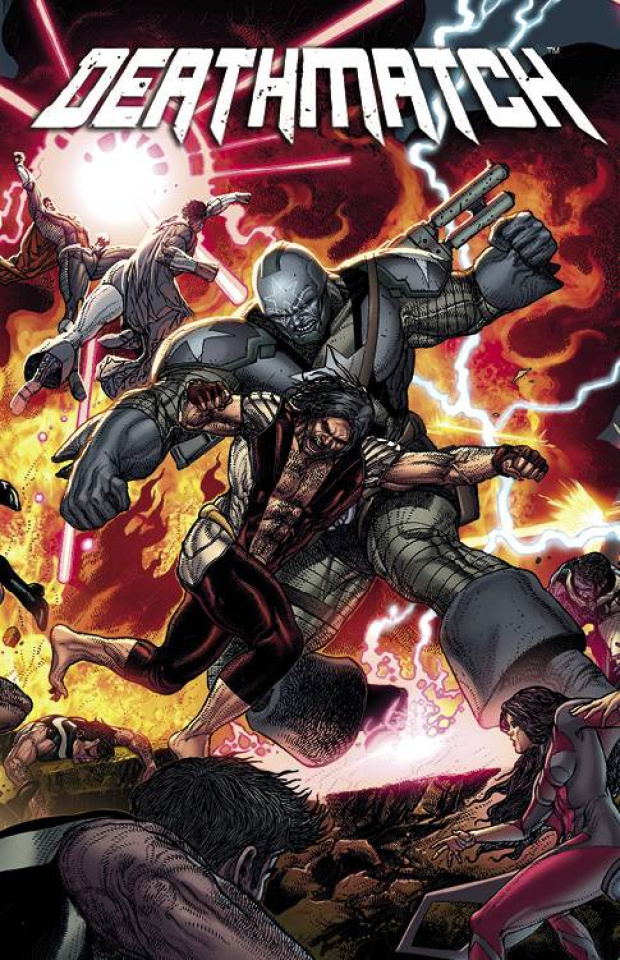