REGULAR SHOW... IT'S ANYTHING BUT!

Cartoon Network's powerhouse series now has its own comic book series! Hot on the heels of the smash hit adaptation, ADVENTURE TIME, KaBOOM! unveils the next all-ages comic phenomenon! Join Mordecai the Bluejay and Rigby the Raccoon, a couple of best bros in their twenties just tryin' to chill for a bit, man. But when you're livin' in as crazy a world as they are, no day can be called...regular! Ask your retailer about the pre-order variant by Chris Houghton (ADVENTURE TIME, REED GUNTHER) and the incentive variant by Dustin Nguyen (BATMAN, L'IL GOTHAM)! 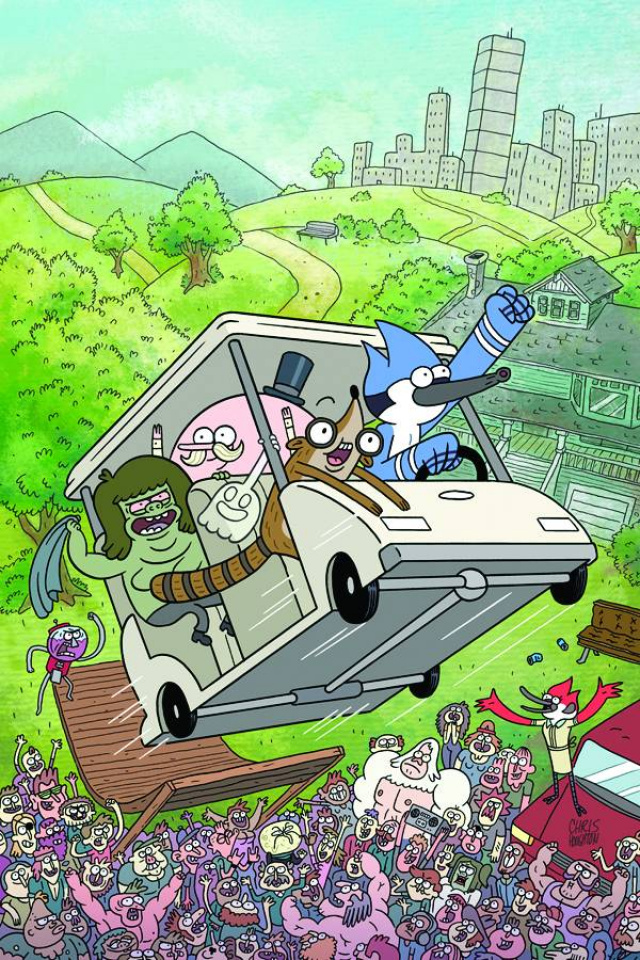