The Gunslinger: The Battle of Tull

Roland Deschain, last of the gunslingers, continues searching for the Man in Black. Instead, he finds Tull, last stop of civilization - a town of devil grass, desert sand and despair. A town of lost souls, including Allie, the once-pretty barmaid whose encounter with the Man in Black left her saddled with a fearsome, cursed secret. Tull may seem to be on the very edge of the world, with nothing past the horizon but a steep fall to oblivion, but Roland believes otherwise: that beyond Tull lies a hidden truth that means everything to the fate of Mid-World. The Man in Black holds the key to that mystery, and Roland is going to keep following him - even through a trap set in Tull - to unlock it. Collecting DARK TOWER: THE GUNSLINGER - THE BATTLE OF TULL #1-5. 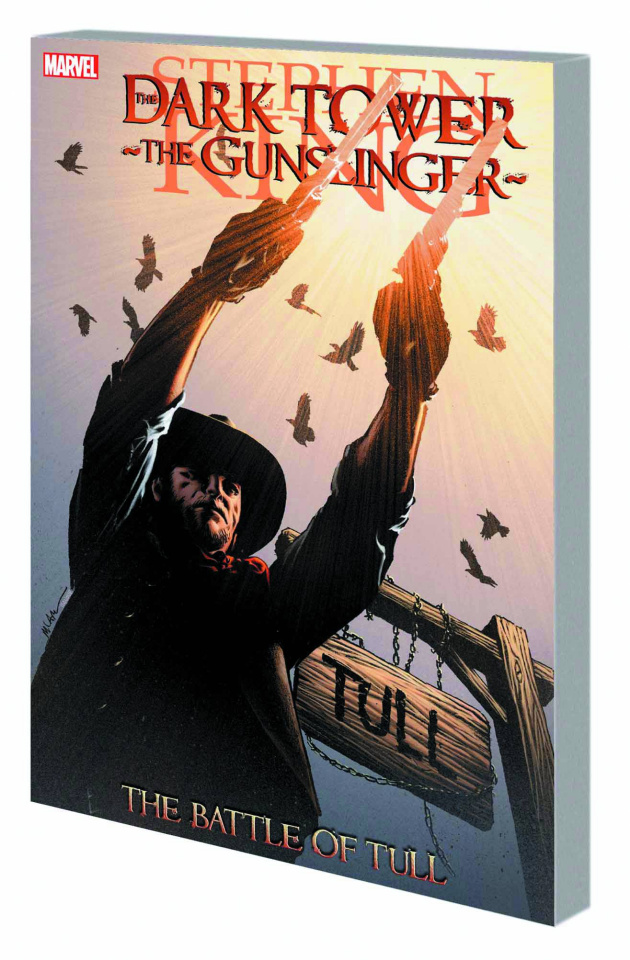