Vietnam, 1968: Behind enemy lines, Private Brian Curliss is alone. The enemy caged him, the dead want to devour him and the voices in his head are driving him to madness. A madness that emerges in the form of an unstoppable killing machine wrapped in burlap and bamboo... Curliss is a one-man-army, sworn to wade through a wet red jungle gone straight to hell in search of a ghost named Jungle Jim. To the Viet Cong, he's a nightmare. To POWs trapped in enemy hands, he's salvation. To the legions of shambling, hungry dead...He's the Grim Reaper in a gas mask. MeatGrinder Studios and Image Comics return to the grim world of '68 with an all-new, four-issue series continuing the story of Jungle Jim. The brutal sequel to the original one-shot, Jungle Jim #1 fleshes out the new dark star of the Vietnam/Zombie apocalypse. Scripted by Mark Kidwell with savage artwork by Jeff Zornow and Jay Fotos. Covers by Jeff Zornow, Nat Jones and Jay Fotos. 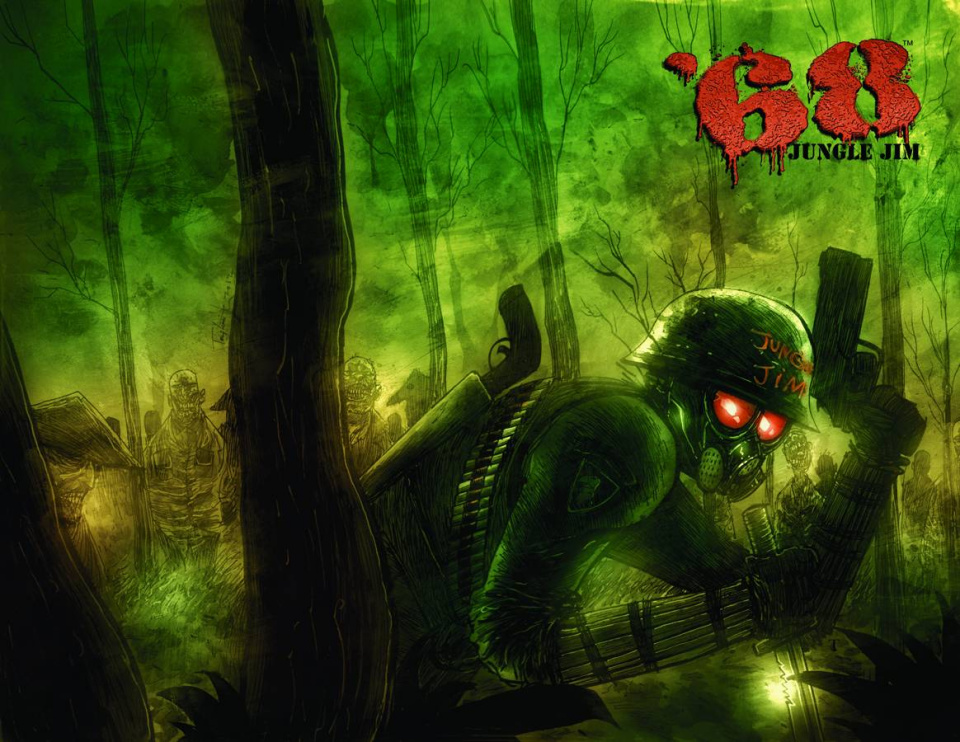