Norse (and comic book) legend says Thor is the son of Odin. But, what if he was really the spawn of alien overlords, who harness volcanoes for ammunition for their intergalactic war, and inspire a sci-fi writer to create a church? What if that church was created to deal with the fallout of that war, and recruits movie stars to aid their cause? Another piece of The Avengefuls parody saga, Bleeding Cool's Rich Johnston welcomes us to a religion whose God is stuck in an Australian soap opera. 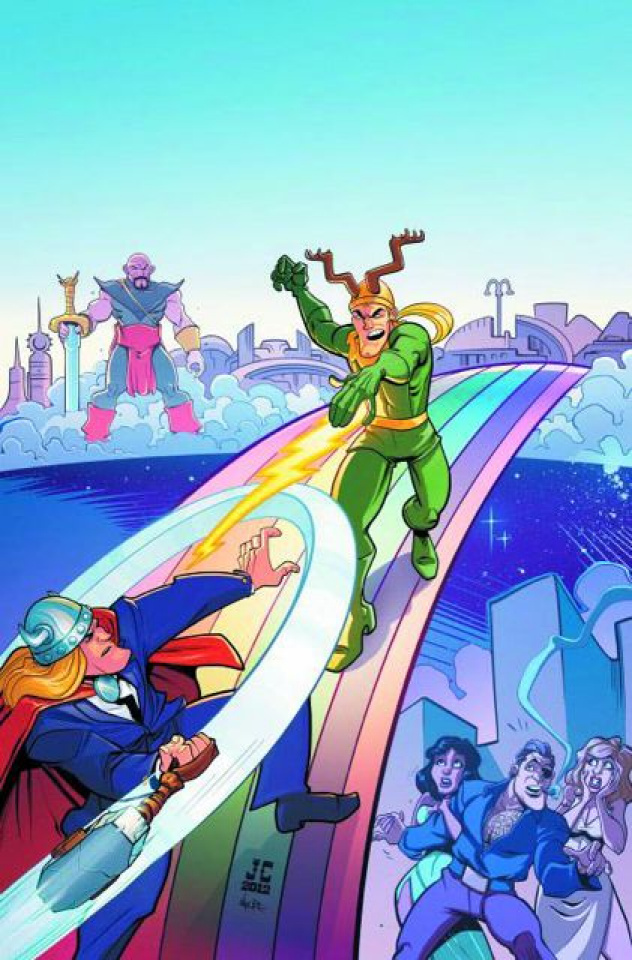