From Zenescope Entertainment. Second Printing of the sold-out debut!

Decades ago, a girl named Alice was sacrificed into the horror-filled realm of Wonderland but her terrifying and awe-inspiring experiences there have been shrouded in mystery. The one thing known is that her time spent in a world full of insanity left her a broken adult. However, her courageous will to survive is what ultimately saved humanity. Now the story of Alice's visit into Wonderland is fully revealed and the truth of the terror will be told in full! From Raven Gregory, Ralph Tedesco and Joe Brusha, the same minds behind Grimm Fairy Tales and Return to Wonderland comes the newest series that Zenescope fans have been waiting for. Follow Zenescope back down the rabbit hole and find a world of madness like you have never seen before! 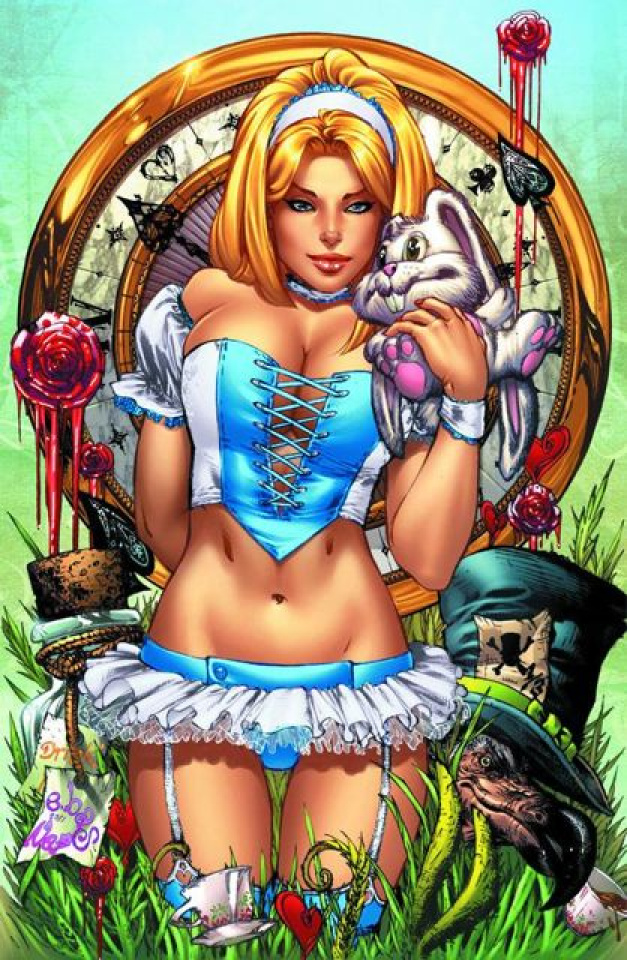