Freedom is a Xeric Award-winning, action-packed and irreverent historical fiction that draws as much from the myths of America's founding as it does from the facts. The first issue introduces Adam Farr, a teenager in pre-Revolutionary Massachusetts, who finds himself at odds with the British Army and the Sons of Liverty. Soon, his fate takes a sharp turn when the conflict between the British and the Patriots engulf him. 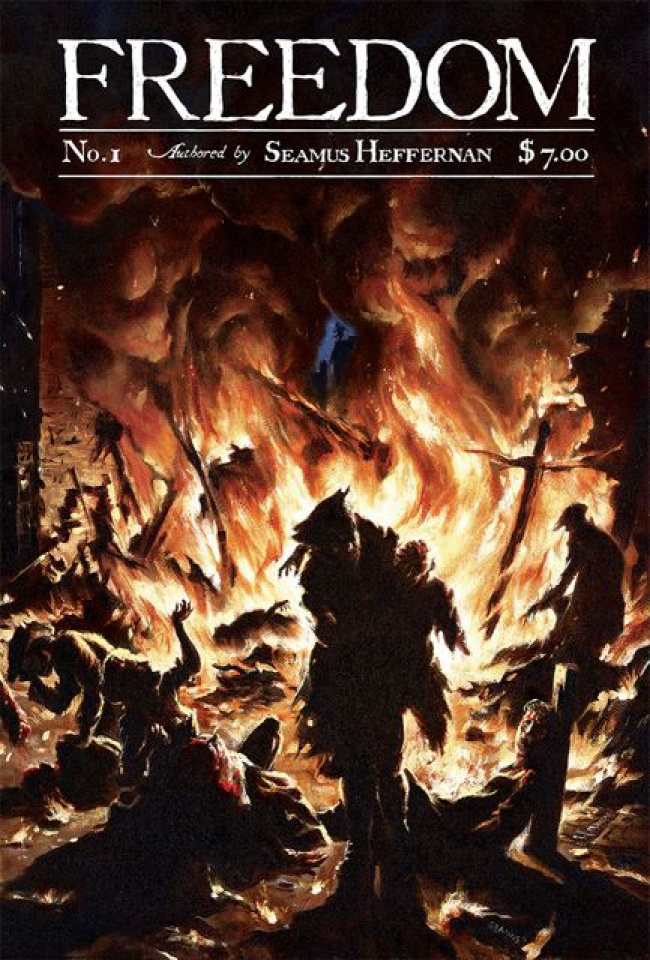