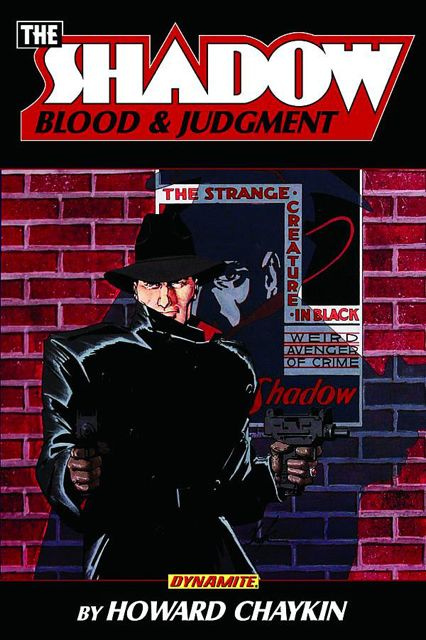 Written and illustrated by legendary and award-winning comic book creator Howard Chaykin, The Shadow: Blood & Judgment is collected for the first time since 1991!!! Chaykin's dynamic, visceral style added a new dimension to The Shadow of the 1980's!

The laugh had vanished...the mocking, sinister laugh that signaled doom for the petty souls whose wrongdoing stained the world. It was gone, lost in the night that echoed it. Now, one by one, his friends and operatives are being ruthlessly murdered. Someone is trying to draw him out. Thirty-five years later, it is time for him to return. The laugh is here again.

The Shadow is back. God help the guilty.