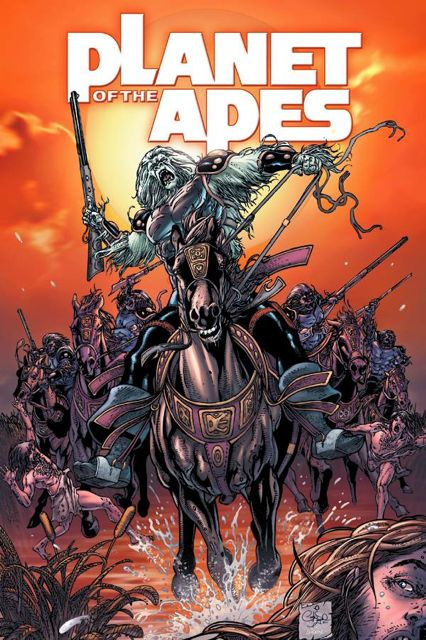 Planet of the Apes Vol. 2

The Planet of the Apes Saga Continues! Don't miss the second volume of the sci-fi masterpiece in the making that pits man versus ape in the continuity of the landmark original feature film. When the Lawgiver, the revered ape leader, is assassinated by a human, the city teeters toward civil war. The assassin, the mute girl Chaika, becomes a martyr for the human cause when she blows herself up rather than allowing herself to be captured. As ape leader Voice Alaya begins to put her devastating plan to control the human population of Southtown into motion, it's up to resistance leader Sullivan to fight back. But at what cost?