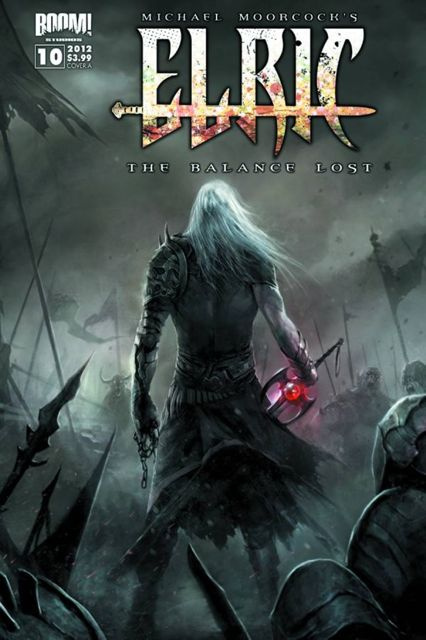 The four incarnations of the Eternal Champion - Elric, Hawkmoon, Corum, and Eric Beck - find themselves facing off in a war against an ancient enemy from the Champion's past as this final arc hurtles toward its explosive conclusion. But this enemy's not done playing our heroes yet! Join legendary fantasy author Michael Moorcock and New York Times bestseller Chris Roberson (iZombie, Stan Lee's Starborn) in this critically-acclaimed fantasy series being called 'one of BOOM!'s best!'