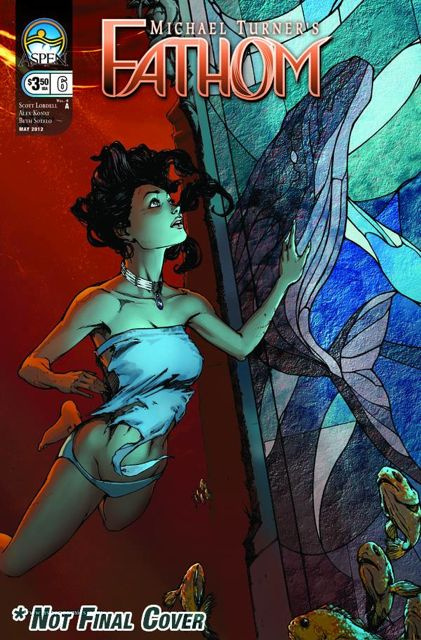 Tensions below the surface have reached a breaking point, and as the war drums sound, the special-forces unit of the Japanese Undersea Army, launches a powerful attack upon the Church of the Eternal Depths...and only Aspen Matthews can prevent a sub-oceanic holocaust that would devastate all life on the planet! For the legions of FATHOM fans who have been waiting to see Aspen in her element and taking control of her life, now is the time to jump on in-the water's just fine!