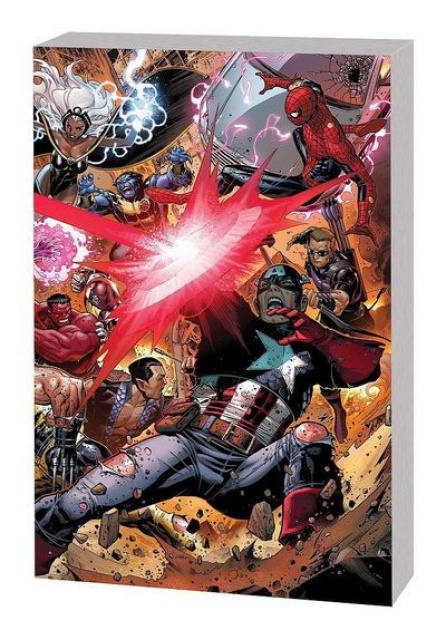 Avengers vs. X-Men: It's Coming

After the Scarlet Witch brings the mutant race to the brink of extinction, the Avengers, X-Men, Young Avengers and X-Factor fight a four-way battle to determine her fate! The X-Men are split down the middle as Cyclops and Wolverine go their separate ways!

The seemingly reformed Magneto is caught on video slaughtering anti-mutant activists! Cable returns from the future with Hope - who just may be the key to the mutant race's survival - so why does he try to eliminate the Avengers after seeming sacrificing himself to ensure her safety?

A gruesome discovery in deep space might provide the answer - even as it pits the X-Men and Avengers against one another in a head-to-head war!