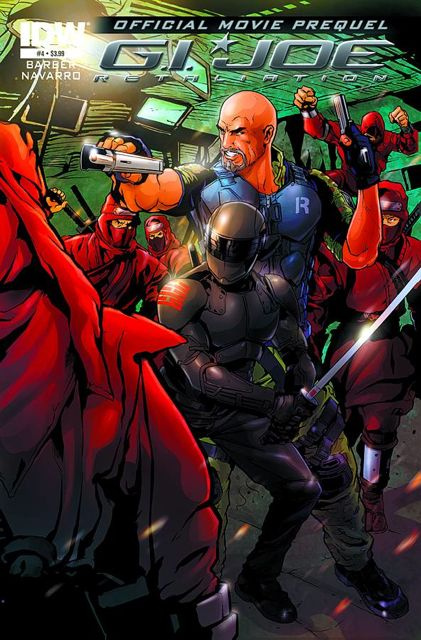 The final battle! STORM SHADOW leads his ninja on an attack that threatens to cripple America's national security! The only men who can stop him are SNAKE EYES and ROADBLOCK-but can they put aside their differences and learn from each other in time? It's ninja and commando action in the frantic G.I. JOE manner, leading into the hottest movie of 2012!