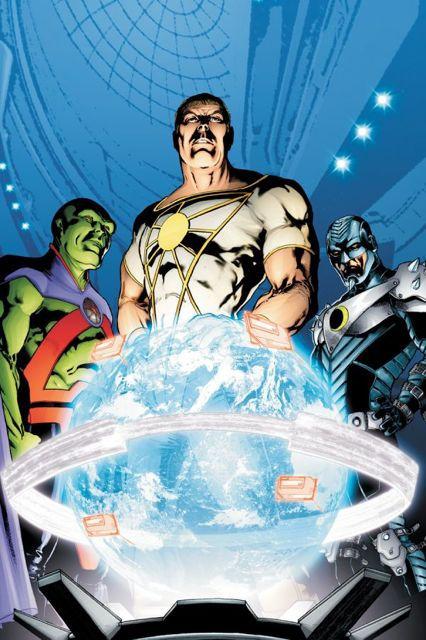 Stormwatch Vol. 1: The Dark Side

Stormwatch returns in this DC Comics The New 52 title collecting the first six issues of the team's new series! Jack Hawksmoor, Midnighter, Apollo, The Engineer and Martian Manhunter comprise a dangerous super human police force whose existence is kept secret from the world. This covert team of sci-fi super heroes must battle the Earth's moon itself and find a way to hide its monstrous metamorphosis from the rest of the Earth! Featuring writing from Doctor Who and SUPERMAN: THE BLACK RING scribe Paul Cornell, and art from rising star Miguel Sepulveda.