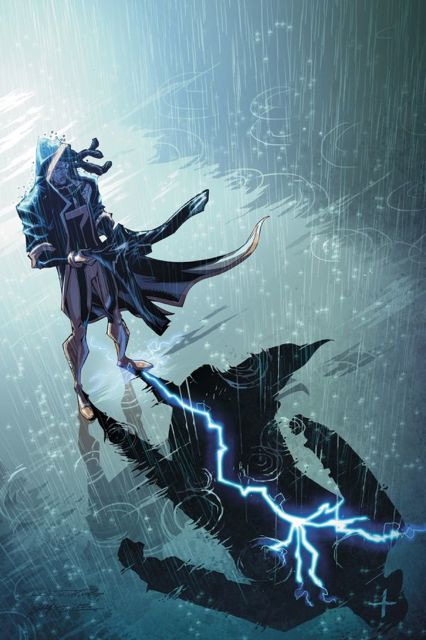 Static has faced some of the most merciless and deadly villains that both New York City and Dakota City have to offer, but now he finds himself face-to-face with a woman who holds his future in her hands and has the power to destroy it: the school psychologist! In one conversation that covers his new life in NYC and the life he left behind, we'll get new insights into what makes Virgil Hawkins tick. And maybe Virgil hasn't been as careful at hiding his secret identity as he thought.