Guest-starring The Blackhawks! It's Mister Terrific vs. the technological monstrosity called Digitus and to destroy his greatest foe yet, Michael may be forced to destroy Holt Industries! But as one enemy is defeated, another rises from a shocking source: the U.S. Government! Also, betrayal rocks Mister Terrific's life when he discovers that his ex-girlfriend, the mysterious Karen Starr, may be more than she seems. 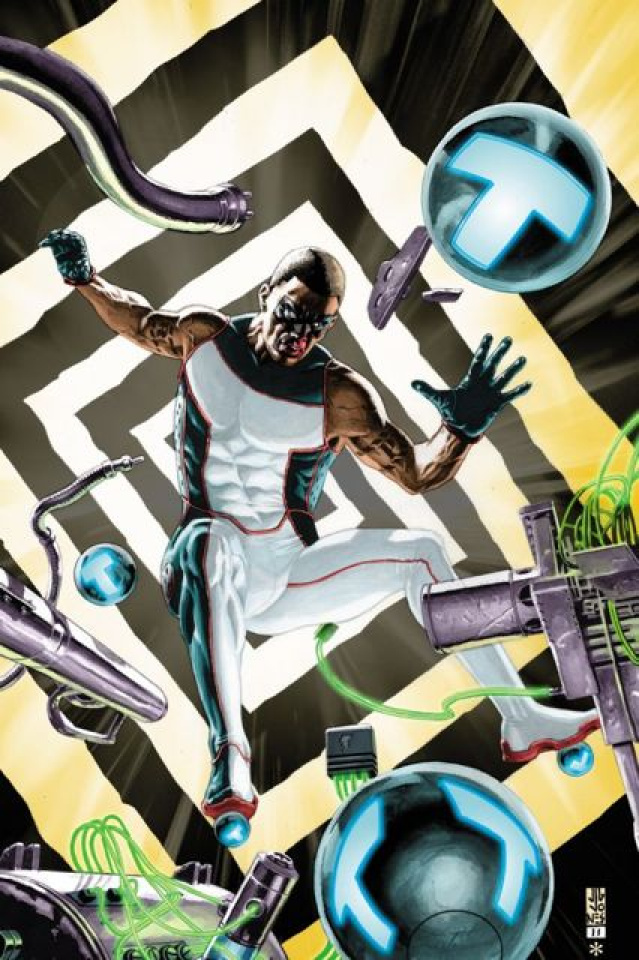