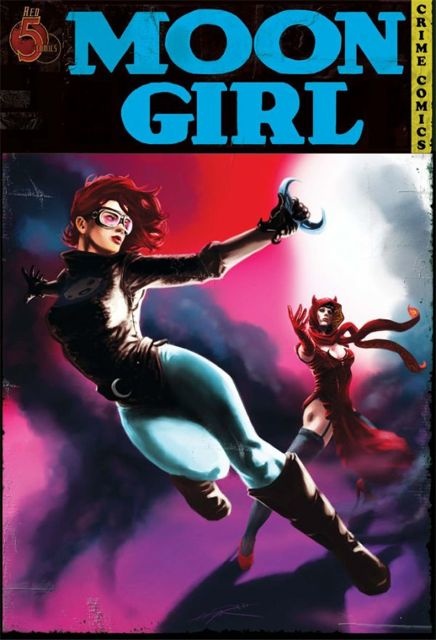 Based on the character created by Golden Age legends Gardner Fox and Sheldon Moldoff! In the pulp New York of the 1950s, Moon Girl looks to a life beyond her role as champion of the counter-culture and social revolution. However, she is forced back into action when fanatics, inspired by her adventures, begin enforcing their own brand of justice. It's 'Mad Men meets The Dark Knight' in this beautifully painted series featured in the FCBD 2011 issue!