The stunning reimagining of the Wild West's greatest lawman continues! The A.O.K. is in ruins. Wyatt's brother, Morgan, lies dead while Josephine has been kidnapped by the Pinkertons, with Mayor Flynn pulling the strings -- but Plynn and the Pinks have made one huge mistake: they left Wyatt alive.

Now, Earp and his erstwhile nemesis, the notorious Jesse James, must join forces against Flynn and the Pinks to save the woman that they both love. Can Wyatt face his demons to avenge his brother, rescue his love, and rid the city of Flynn's corruption for good? 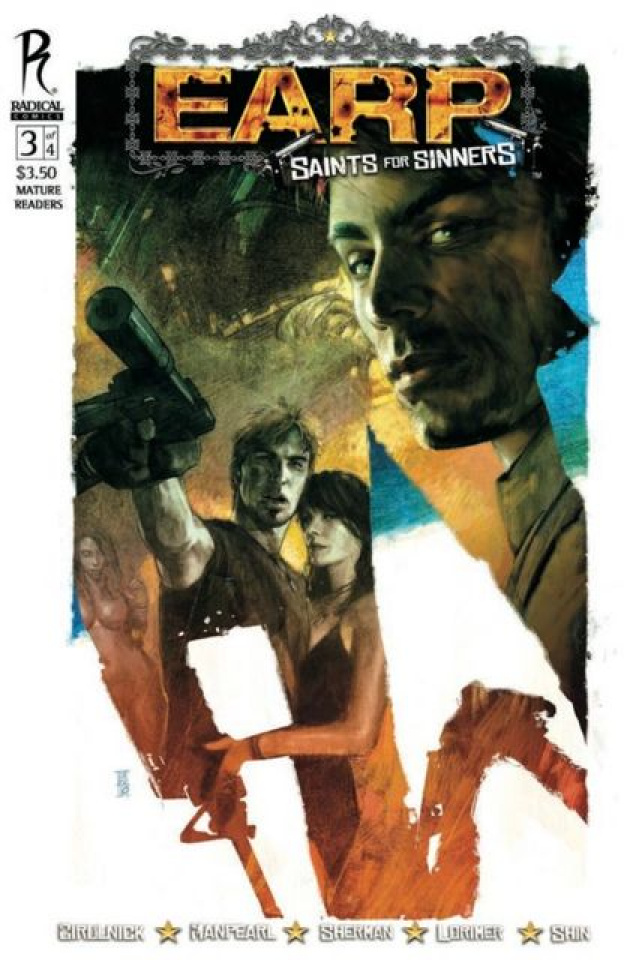