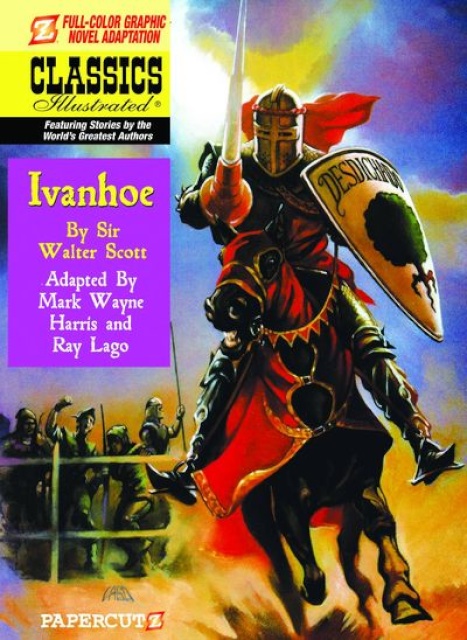 The story of Wilfred of Ivanhoe has thrilled audiences since it was first conceived in the early 19th Century.

Set in 1194 at the end of the Third Crusade, Sir Walter Scott's novel also contains appearances by Sir Robin of Locksley and his Merry Men. Ray Lago's background in action-packed comics makes him a great choice to draw this epic tale.