Congress of the Animals

In Congress of the Animals we are treated to the pitiful spectacle of Frank losing his house, taking a factory job, falling in with bad company, fleeing the results of sabotage, escaping The Unifactor in an amusement park ride, surviving a catastrophe at sea, traveling across hostile terrain toward a massive temple seemingly built in his image, being treated roughly by gut-faced men and intervening in an age-old battle in a meadow slathered in black and yellow blood. And when he finally knocks on opportunity's door he finds... he finds... The answer, my friend, is blowin' into bookstores in April, 2011. 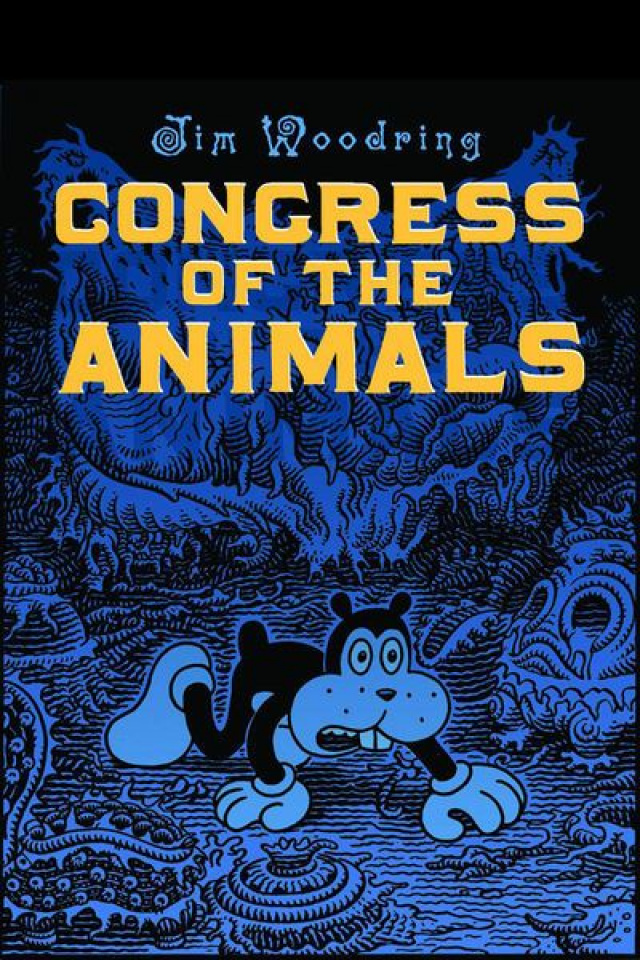